The Annual Meetings of the International Monetary Fund (IMF) and World Bank Group (WBG) brings together leaders from the world’s governments, banks and businesses to discuss issues of global concern, including the world economic outlook, poverty eradication, economic development and aid effectiveness. This year the programme went virtual, as did we. The road to recovery: How emerging markets can find their way out of a crisis

As governments in emerging markets come out of ‘emergency mode’, they need to put in place the policies and funding necessary to get back onto a long-term growth path. How can they ensure they set the right priorities? 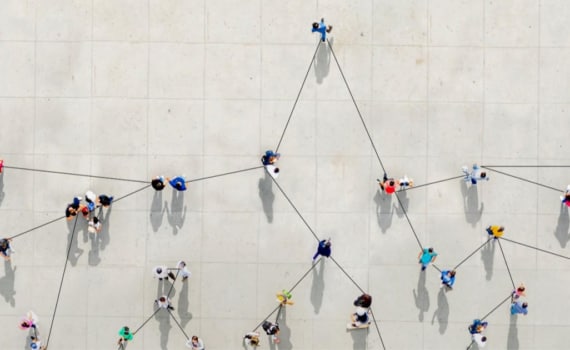 Moving past the pandemic towards a new social contract

Coronavirus has presented a once-in-a-lifetime opportunity to address some of the most pressing societal and environmental threats. But governments, international organisations, private enterprise and communities must come together to overcome and accelerate an equitable, sustained and sustainable recovery.

Jose discussed the topic of The New Social Contract : When Profits Need Purpose, with Ambassador Samantha Power, former US Ambassador to the UN and Professor Raghuram Rajan, Former Governor of the Central Bank of India. They spoke about  the massive step change that both the public and the private sectors have to undertake in order to ensure a just and sustainable recovery. The pandemic has offered us a once-in-a-lifetime opportunity to reform and change the trajectory that we were headed for pre-pandemic, and to address some of our current societal and environmental threats.

The Sovereign-Investor Forum is our signature event that looks to connect sovereign issuers from emerging markets within our footprint, with our global fixed income investor base.

The Forum offers sovereigns and investors an opportunity to join a conversation on the resilience of emerging markets, on the challenges they face, on the dynamics which are at play.

More than 10 sovereigns presented country updates to more than 200 investors over two days.

On the sidelines of IMF, Standard Chartered hosted several client engagement initiatives including a breakfast session hosted by José Viñals, our Group Chairman. Titled “In Conversation With José Viñals”, the session featured Megan Smith, CEO of Shift7 and Third Chief Technology Officer of the United States (2014 – 2017) where she discussed the state of technological disruption faced by governments and the world of finance and how she sees public and private sectors working together to creatively address our most significant challenges.

Megan also shared her personal perspectives on gender diversity, especially as a successful woman in STEM. 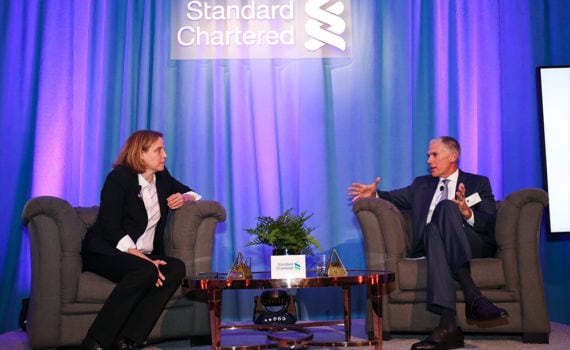 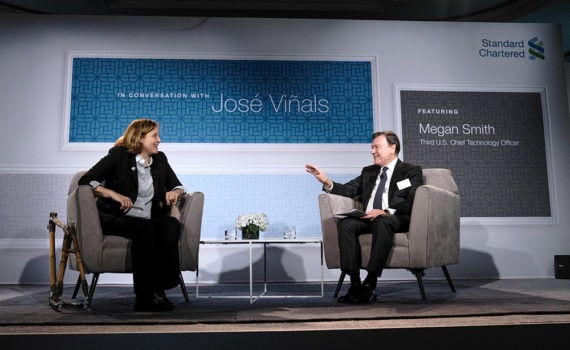 Megan Smith, CEO of Shift7 and Third Chief Technology Officer of the United States (2014-2017) sat down with José Viñals, our Group Chairman, to share her insights on how the finance industry can utilize technology to address the world’s challenges.

Megan Smith, CEO of Shift7 and Third Chief Technology Officer of the United States (2014-2017) sat down with José Viñals, our Group Chairman, to share her insights on how the finance industry can utilize technology to address the world’s challenges.