When I first joined the Bank five years ago, I remember questioning why an inclusive organisation such as Standard Chartered needed an LGBT+ & Allies network at all. As a gay man in the UK, I simply didn’t see a need for it.

Funnily enough, that’s exactly why I eventually decided to put myself forward to lead the network. I realised how fortunate I was to feel included and accepted already. And that this fact was down to the people less fortunate who’d gone before me – people who’d stepped forward as ‘out and proud’ in a far less accepting environment.

Plenty of people around the world still struggle daily with these issues. I realised that the network would be an opportunity for me to give something back.

I joined the Bank at a great time, as we were stepping up efforts to embed diversity and inclusion in every aspect of our business. Our LGBT+ & Allies Network has received so much support from colleagues, and helped give our initiatives real impact. These included our Allies Campaign launched on the International Day Against Homophobia, Transphobia and Biphobia (IDAHOT) in 2017, which sparked a dramatic increase in membership, our initiative to create awareness around trans issues, and working with our designers to create a Standard Chartered LGBT+ friendly logo.

Talk about the positives

It makes it all worthwhile knowing there’ll be people who may now feel more comfortable being their whole selves at work every day. I’ve always felt comfortable with colleagues knowing my sexual orientation, and it’s never been an issue, but I know it’s not the same for everyone. This IDAHOT day, as ever, my goal is to help change this.

I’ve always felt comfortable with colleagues knowing my sexual orientation, and it’s never been an issue, but I know it’s not the same for everyone

So what can we all do to make a difference? To me, the most important thing is to ensure that we convey positive messaging when we’re discussing sexual orientation or LGBT+ issues – how courageous it is for somebody to come out in public, or how lucky it is to find love, for example. It’s not until ‘coming out’ is no more than a casual statement on which gender you find most attractive that we’ll know we have finally made it. 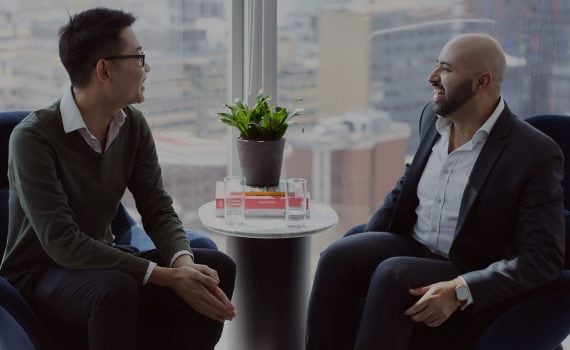 They met through our Allies Network and are now friends as well as colleagues. This IDAHOT day, Adrian and Raheel wanted to share their story.

They met through our Allies Network and are now friends as well as colleagues. This IDAHOT day, Adrian and Raheel wanted to share their story.

Embracing and celebrating our diversity We view diversity, inclusion and respect for all colleagues as critical to our future success