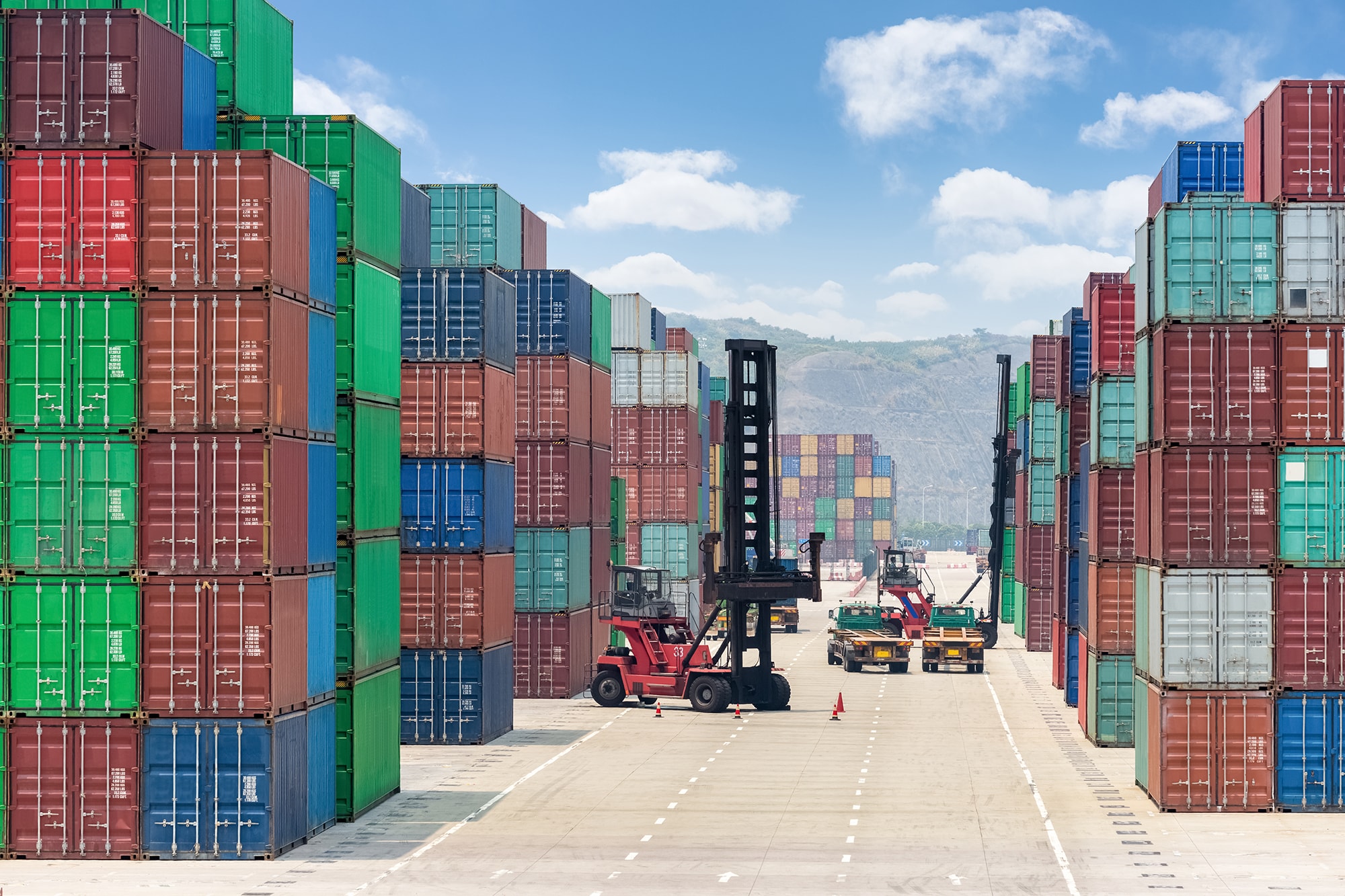 On 2 August, Japan removed South Korea from its ‘white list’ of countries that enjoy preferential treatment in trade. According to a study by the Korea Economic Research Institute, Korea’s GDP would fall an estimated 5.4 per cent if Japan’s export controls break the flow of intermediate goods between the two countries by 45 per cent. The economic impact of this move will vary depending on the actual implementation of the move. While Japan has cited national security concerns for removing South Korea from its ‘white list,’ we think part of the reason could be retaliation for South Korea’s Supreme Court decision on wartime compensation, which may put pressure on South Korea to reconsider its court ruling on the matter.

This is not the first time trade tensions between countries in East Asia have intensified for geopolitical reasons. Territorial disputes in the region have caused persistent political and economic tensions between involved countries in the past. Other than the Liancourt Rocks dispute between South Korea and Japan – also known as Dokdo – China and Japan have wrangled in the Senkaku/Diaoyu islands dispute. In 2010, a Chinese fishing vessel rammed a Japanese Coast Guard Vessel in the Senkaku/Diaoyu islands area. The captain of the Chinese vessel was arrested for invading Japanese territory and damaging property. The incident caused the Chinese public to protest, demanding that the Chinese sailor be released. China’s government responded with trading sanctions on Japan, limiting exports of rare earth materials and boycotting Japanese products. This dispute led to a decline in trade and foreign direct investment (FDI) between China and Japan.

Notwithstanding the contentious history involving China, Japan and South Korea (CJK), we believe that the countries have benefited substantially from mutual exports and free trade, enjoying a high degree of complementarity. In the long run, free trade agreements among the three nations – initiated in 2016 even amid the global trade protectionism trend – should continue and reap benefits. Free trade, capital flows and vertical integration are likely to create further synergies through an exchange of ideas and technologies and increased competition. We do not expect any single country to claim technological leadership, but rather healthy competition among them due to increased trade will improve the quality of goods and services. This will be helped by the mutual transfer of innovation, new design and new technologies, which we expect will create jobs across the various stages of the trading process.

Trade complementarity among the three countries has helped them compete more successfully on the global platform. Despite their mutual competition, their products are vertically differentiated, with each monopolising a unique range of products. This has driven complementarity. For example, in semiconductors, Japan produces intermediate goods used to make semiconductors in Korea, while China uses semiconductors produced by Korea.

Due to their geographical proximity, trade among the three nations has played a major role in the past (see Figure 1). We highlight two trends: South Korea and Japan’s trade dependency on the other two countries has risen steadily to almost 30 per cent in terms of both exports and imports; and China’s trade dependency on Korea and Japan has decreased to 10 per cent and 20 per cent for exports and imports, respectively, from 2002. We attribute the latter to China increasing its trade with other countries such as the US at a faster pace, rather than decreasing trade with South Korea and Japan.

Japan’s trade dependency on China picked up to over 20 per cent in 2018. As of 2018, Japan’s top five export items to China were machines, instruments, transportation, metals and chemical products, while China’s top five export items to Japan were machines, textiles, miscellaneous, metals and chemical products. The major sectors of trade were somewhat similar, with five of the top 10 ‘HS 2-digit’ sectors being the same. On the export similarity index (ESI), where a reading closer to 1 shows a more similar export structure between two countries, the ESI reading for Japan and China in 2018 was 0.6, indicating high similarity (see Figure 3).

South Korea’s trade dependency on China increased to almost 30 per cent in 2018. As of 2018, Korea’s top five export items to China were machines, chemical products, instruments, plastic and rubber, and metals. China’s top-five export items to Korea were machines, textiles, miscellaneous, metals and chemical products. The two countries’ major sectors of trade were similar, with seven of the top 10 ‘HS 2-digit’ sectors the same, and an ESI reading of 0.68 in 2018.

Trade dependency between South Korea and Japan has been high since the 21st century due to the structure of their bilateral trade. As of 2018, South Korea’s top-five export items to Japan were machines, metals, mineral products, chemical products, and plastic and rubber. Japan’s top-five export items to South Korea were machines, chemical products, instruments, metals, plastic and rubber. Their major sectors of trade were highly similar, with eight of the top 10 ‘HS 2-digit’ sectors the same and an ESI reading of 0.7481 in 2018. This high level of intra-industry trade, or trade between countries in the same industries, shows an elevated level of vertical integration between South Korea and Japan, and the two nations’ high trade dependency.

We believe geopolitical tensions could grow and intensify in the near future given China’s economic rise. China accounts for more than 25 per cent of global GDP growth (market exchange rates in 2018) and is seeking to overtake the US. While Japan and South Korea have been and remain significant US allies, they may have no choice but to counter China’s geopolitical expansion in Asia, perhaps to their own detriment. For example, South Korea recently suffered losses in its travel and entertainment industry due to retaliation from China over a dispute about Korea’s US Terminal High Altitude Area Defense (THAAD) system deployment in 2016.

China’s use of its economic might to address geopolitical differences has not always brought about its intended result. For instance, during the Senkaku/Diaoyu islands dispute, Japan’s auto industry faced major headwinds, given China was Japan’s single-largest source of imports and one of its biggest export destinations (even accounting for the decline in exports following the dispute). Japan’s auto industry in particular accounted for 13 per cent of the country’s total exports, making it the biggest contributor to the economy. Japanese automobiles became a chief target of boycotts and destruction by the Chinese public after the islands dispute. Japan’s top three automakers – Nissan (25 per cent sales from China), Toyota (21 per cent) and Honda (16 per cent) – suffered substantial losses from 2012-13 and had to cut production by half as of October 2012.

However, the Chinese boycott of Japanese goods ultimately had a positive effect by forcing Japan’s companies to seek trade with alternative markets, such as the US and Thailand, according to a study by Kilian Heilman, “Does political conflict hurt trade? Evidence from consumer boycotts,” Journal of International Economics, 2016. The study showed that, from 2011-13, China’s share of Japanese exports declined to 18.1 per cent from 19.7 per cent, while Thailand’s share increased to 5.5 per cent from 4.6 per cent. During this period, Japanese FDI in China declined to USD 9.1bn in 2013 from USD 13.5bn in 2012, while Japanese FDI in Thailand and the US increased.

Despite the potential and existing geopolitical risks to trade among China, Japan and South Korea, we believe their trade complementarity is essential to support their own regional and global economic standing, as well as to maintain global trade efficiency, given that trade disruptions among the countries have the potential to impact the global production chain negatively.