The now well-known infrastructure gap in developing markets is in increasingly urgent need of bridging. South Asia alone would need to invest some USD1.7 to USD2.5 trillion to close it1. In Africa, the continent’s gap sits at more than USD50 billion each year,2 while the Gulf Cooperation Council countries will need some USD320 billion annually3.

Promising steps are being made to fill these gaps. And there are increased hopes for infrastructure to be funded sustainably and with more renewable energy – especially in the wake of COVID-194 5.

Yet infrastructure development requires construction, which in turn requires vast quantities of materials. This poses a pressing question for the future of infrastructure projects in developing markets across Asia, Africa and the Middle East: how can the gap be closed without placing an excessive load on the planet’s already-strained resources? The amount of materials used by the global economy has quadrupled since 1970. A 2020 report by the Circle Economy Thinktank found that humanity consumes more than 100 billion tonnes a year, while the rate of re-use has fallen to just 8.6 per cent6. About one-third of those materials are still in use a year later, but 15 per cent are released into the atmosphere as climate-heating gases, and nearly one-quarter are thrown away. 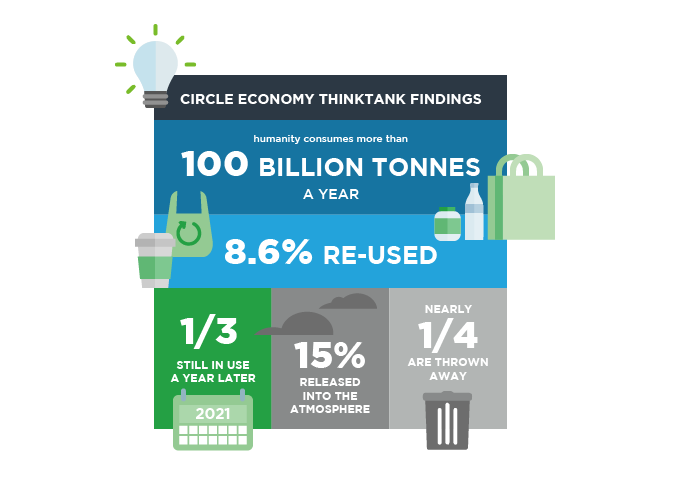 Given the vast need for infrastructure in developing markets, concerns about adding to the environmental load are justified. As a result, governments and developers need to think outside the box and the principles of circular economies could prove the answer. 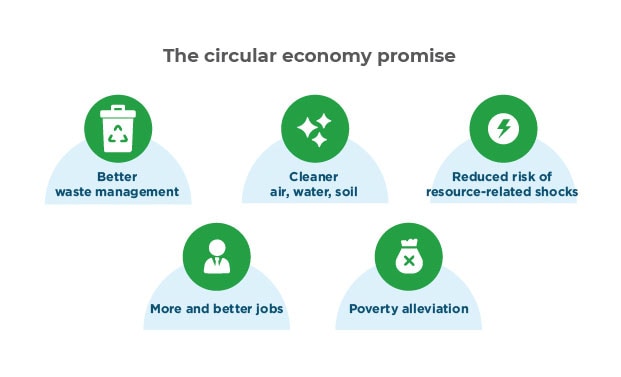 The best solution to break the long-term linkage between economic growth and environmental damage could lie in the development of circular economies. That is, the shift to a more sustainable model of growth that limits the use of natural resources by focusing on re-use, remanufacturing and recycling. 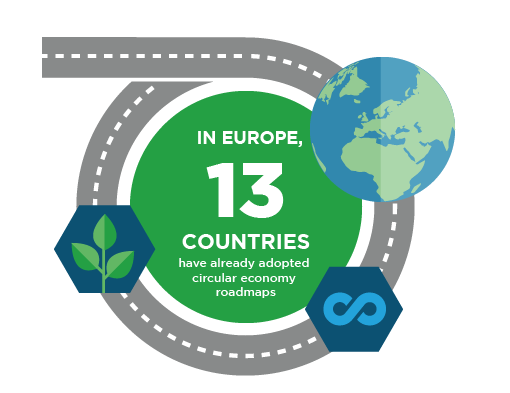 In Europe, 13 countries have already adopted circular economy roadmaps, among which Sweden is probably the most successful example. Households in the Scandinavian country recycle 99 per cent of their waste, and the country has developed its re-use capabilities to the point that it now imports waste from other countries. Elsewhere, the Port of Rotterdam – the largest in Europe – is undergoing a rapid transition to circularity7 that can serve as a model for other major ports worldwide.

According to a 2019 report by Chatham House8, the circular economy concept could – with the right enabling conditions – provide new opportunities for economic diversification, value creation and skills development. And it notes that developing countries are in a “strong position to take advantage” of these economic opportunities.

So, while at present developing nations lack the infrastructure necessary to implement the kind of widespread recycling and re-use programmes being set up in Europe, the potential is there. Things are beginning to change – with green shoots of opportunity in the circular economy starting to appear across many developing markets.

Starting at grass-roots level, there are promising developments across Asia and Africa in particular. In Tanzania, about 60 plastic recycling factories have been built, along with another 20 in Ghana and three in Ethiopia. In Vietnam, materials made from rice husks are being used to build fire-resistant, heat and sound-insulated houses. India is trailing the use of shredded plastic to increase road durability and provide an alternative to landfill.

While these projects form the building blocks of a potential circular future, the city of Almaty in Kazakhstan has gone a step further. In 2019, the city launched a comprehensive plan to develop a circular economy and leverage its key geographic position between Europe and East Asia to boost exports of the re-used and remanufactured products it creates. For example, the city is developing a ‘closed-cycle farming’ and food-processing system that diverts organic residue away from landfill and processes it into fertilisers. Another scheme will collect metal and mineral manufacturing waste – as well as used items such as car parts, furniture and construction materials – for reprocessing into new products.

Where the resources to develop large-scale municipal circular programmes are lacking, the answer may lie in building eco-industrial parks, where the means of production, recycling and re-use can be more efficiently self-contained within a single facility. Along with several European countries, China has taken a lead in industrial symbiosis, the “practice of ensuring that waste from one industrial process becomes a valuable input into others,” the Chatham House report noted.

Other similar initiatives are emerging elsewhere – with some taking projects beyond domestic spheres. The Global Eco-Industrial Parks Programme (by the United Nations Industrial Development Organization) has established projects in Colombia, Egypt, Indonesia, Peru, South Africa, Ukraine and Vietnam9. They have been created with circular economy principles in mind. In another example, the African Circular Economy Alliance was founded (in 2016) with the ambition to share best practices, undertake collaborative projects and advocate for the circular economy between members South Africa, Nigeria and Rwanda10. 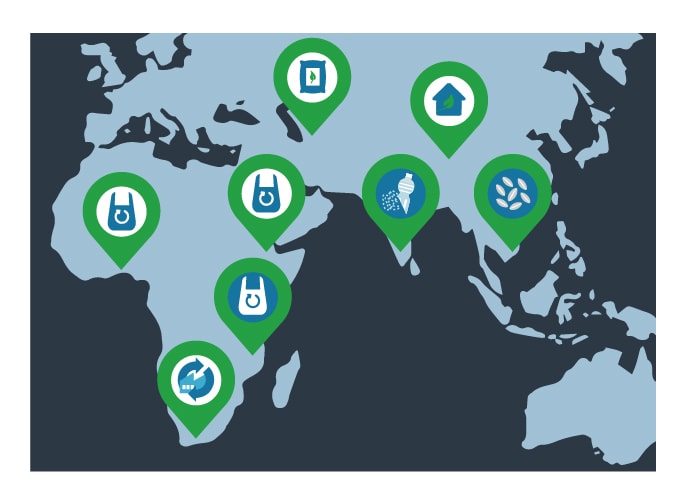 At the same time, the Bank is working with clients who are increasingly focusing on sustainable investment opportunities that play a key role in the development of a circular economy. “Shifting to this model can provide a boost to growth and employment in developing countries,” Cranwell added. “Infrastructure projects represent a unique opportunity for developing markets to  take the leap to a circular economic future.”