8000 metres above sea level, climbing Mount Everest is no longer glamorous. Up here, at the edge of the stratosphere, the oxygen-starved air can no longer sustain human life. The summit towers up against the strangely-hued sky, an ancient pyramid of rock that doesn’t care whether you make it to the top. There is only you and the mountain, and the weight of your gear on your ever-tiring body. 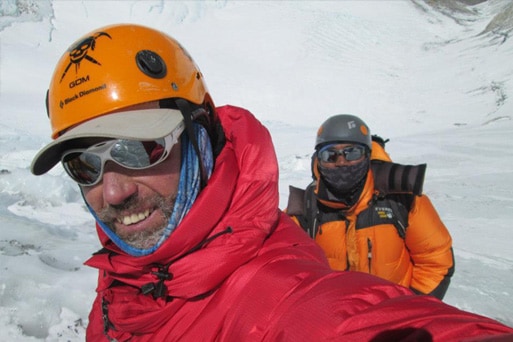 This is where heroes are made and legends are formed, on this road of rock and ice deep in the Death Zone, the point above which the human body can no longer acclimatise. Here, you are living on borrowed time, your body literally breaking down with every breath. Every step is akin to running a marathon, and even the fittest people in the world move at a snail's pace.

Most who turn back from the summit do so here. Those who continue to climb, one ragged breath at a time, are immortalised, having stood at the highest point on Earth, the very edge of the sky, and come back to tell the tale.

Everest Camp 4 is the final staging area for an assault on the summit. Established on a wind-scoured pass called the South Col that lies between Everest and Lhotse, the world’s fourth highest peak, this camp can never be a place you stay at for long: at 8000m, the clock is already ticking, even if you’re just resting in your tent. 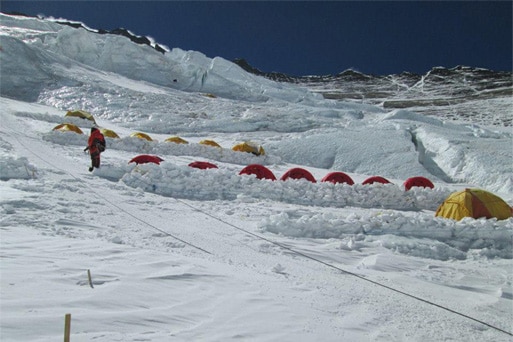 After reaching the Death Zone, they will climb to the South Summit at 8750m, just a hundred metres short of the true summit of Everest. From the South Summit, they must climb across a 400-foot long knife-edge ridge, where a single mistake could result in a three-kilometre drop down the side of the mountain. After that nerve-wracking passage, only the Hillary Step, a 50-foot, nearly vertical wall named after the first man to climb it, will stand between the Horacios and the roof of the world. 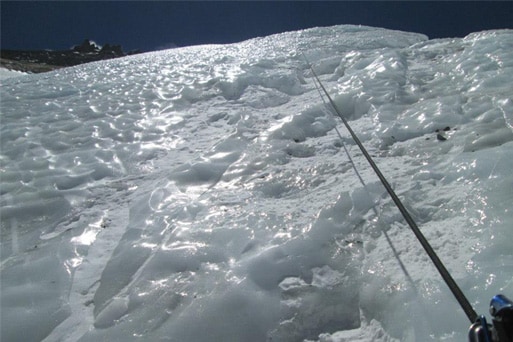 Climbing a wall like that is tough enough at sea level. At the summit of Mount Everest, nearly 9 kilometres in the sky, it’s one of the most difficult things in the world. Battling exhaustion and oxygen deprivation, Horacio will scale the Hillary Step to stand on the summit of Everest, where they will try and connect to the Internet via 3G or via satellite phone. Up there, at the world’s highest point, looking down on the clouds and mountains, the Horacios will, hopefully, perform the highest banking transaction on Earth and be forever immortalised in the history books.