This is to inform that by clicking on the hyperlink, you will be leaving www.sc.com/ke and entering a website operated by other parties:

Thank you for visiting www.sc.com/ke 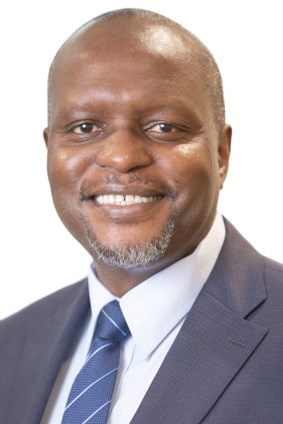 Kariuki is an accomplished career banker with over 29 years of banking experience. He earned his recognition through successfully transforming the consumer banking divisions of Standard Chartered Bank Kenya and Standard Chartered Regional Africa.

A seasoned financial professional, he has held various senior leadership roles across the industry. Prior to his current role, he was the Global Head, Retail Distribution for Standard Chartered Bank in Singapore. There he was instrumental in formulating global strategies in building the future of Retail Branch and Voice & Virtual landscapes through digitization of the physical channels, as well as revision of branch models and standards.

Prior to his Global role, Kariuki was the Regional Head of Retail Clients Africa between 2013 and 2015, and the Executive Director Kenya and East Africa from 2009 to 2013. He has also held senior positions in Barclays Bank of Kenya Limited. 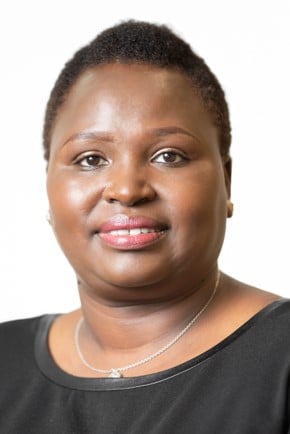 She has been with the Bank for 13 years. She has a wide experience in finance having worked previously as the Head of Finance as well as Head of Business Finance. She has also held various senior positions at Deloitte & Touche both in Kenya and the United Kingdom. 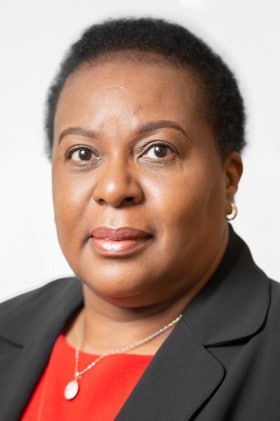 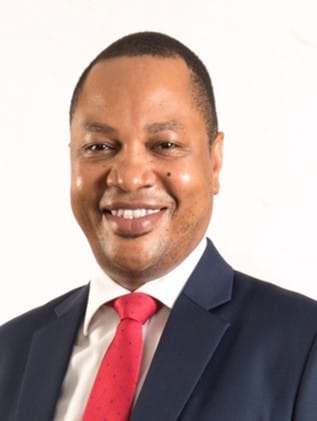 Mr. Gitau is the current Chief Operating Officer, responsible for the Bank’s operations delivery in East Africa. He joined Standard Chartered Bank in 2003 with wide local and international experience in Operations, Technology and Risk Management. Mr. Gitau has held various roles in Standard Chartered in Kenya including Chief Information Officer, and Africa Regional Head of Audit and in the Standard Chartered Group office in Singapore where he was the Group Head of Controls for Wholesale Bank Technology & Operations. Mr. Gitau is a Certified Public Accountant and holds a Bachelor of Commerce degree from the University of Nairobi and in his early career worked in the Assurance Services Practice in PricewaterhouseCoopers. 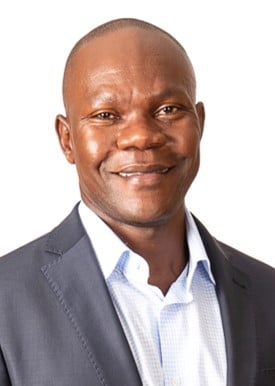 David joined the Bank in 2011 having previously worked for Barclays Bank, KPMG Kenya , PwC and Strathmore University. He has 14 years experience in the finance sector. He is a Certified Public Accountant of Kenya and a Certified Internal Auditor. He is also a member of the Professional Standards Committee of the Institute of Certified Accountants of Kenya (ICPAK). 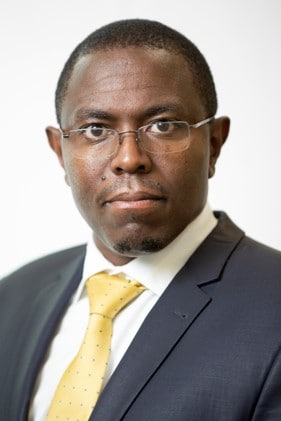 Paul joined the Bank in October 2013 as the Business Finance Manager, Retail Banking. Prior to this, Paul worked for HSBC as Head of Treasury Finance. He started out his career in Audit, where he worked for leading global audit and consulting firms, Deloitte and KPMG. Prior to his appointment, Paul was the Senior Manager, Business Finance, Retail Banking & Commercial Banking. He was a recipient of the Africa FinPartner Award in 2015. 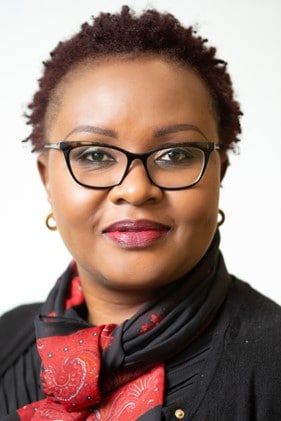 Edith brings to the role over 20 years of Retail Banking Experience, having started her Journey at Barclays Bank of Kenya before joining Standard Chartered Bank Kenya, four years ago. Edith was most recently the Head of Distribution Channels, taking care of the Branch and Sales network, Voice and Virtual Centre and Digital channels. She has been instrumental in leading the Retail Banking Transformation and overseeing delivery of turnaround strategies to wade a very difficult regulatory regime for the business in Kenya. Edith holds a Bachelor of Commerce degree from the University of Nairobi, Masters in Business Administration from University of Sunderland and a Higher Diploma in Marketing from the Chartered Institute of Marketing. She successfully completed the Future Women Leadership Programme with the Federation of Kenya Employers (FKE) where she honed her Board Competency Knowledge. 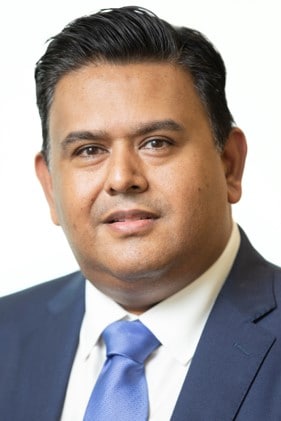 Birju brings to the role over 20 years of corporate banking experience, having started as a Graduate Trainee in Kenya. His career has seen him work in corporate banking, corporate finance and transaction banking, across Kenya, the United Kingdom, South Africa and the United Arab Emirates. Birju was most recently the Head of Trade for Africa & Middle East in Transaction Banking, based in the United Arab Emirates. Birju holds a degree in Business Economics & Finance from Loughborough University in the United Kingdom. He is passionate about helping Africa achieve its potential, mentoring international graduates and the digitization of banking. In his spare time, he is involved in elephant and rhino conservation. 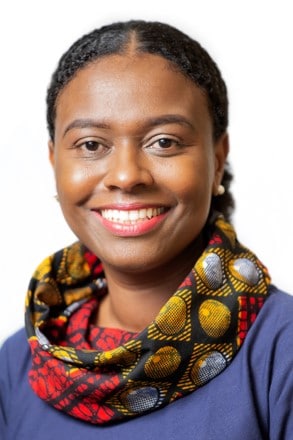 Makabelo brings to the role over 15 years of trade and cash product experience in a variety of roles including product management, sales, software development and consulting to the Financial Services industry. Her banking experience spans across various markets where she worked on various initiatives in Central & Eastern Europe, Middle East, Pakistan and Africa. She joined the Bank in 2015 from CfC Stanbic Bank (Standard Bank Group), where she was Head of Sales, East Africa based in Kenya, and has had successful stints with Citi Bank, Accenture and Holland Insurance. Makabelo holds a Bachelor of Science degree in Information Technology from the University of Cape Town and a Post-graduate diploma in Management from the Witwatersrand Business School in South Africa. She has recently completed a board competency programme through the Federation of Kenya Employers. Outside work, Makabelo is a music enthusiast learning how to play the piano. 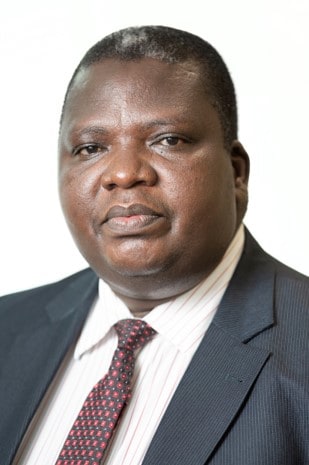 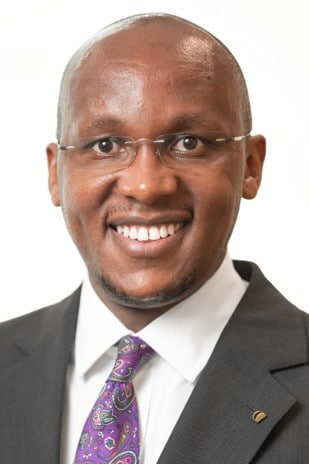 Davidson has over fourteen years’ legal experience. He started his career in legal practice in the law firms of Kaplan & Stratton Advocates and Oraro & Company Advocates. He later transitioned to in-house practice at Equatorial Commercial Bank (now Spire Bank) as Legal, Compliance Manager and Assistant Company Secretary, after which he joined Britam as the Group Legal Manager and Group Assistant Company Secretary responsible for the East and Southern Africa region. He joined the Bank in April 2014 as Country Senior Legal Counsel and Assistant Company Secretary. He holds a Bachelor of Laws (LL.B) degree, First Class Honours from the University of Nairobi, Masters of Laws (LL.M) degree, from New York University, specializing in International Commercial Law and Trade Regulation, a Master of Business Administration (MBA) – Double major in Strategic Management and Finance from Daystar University and a Doctor of Business Administration (DBA) specializing in Leadership, Corporate Governance and Organizational Change from USIU-Africa. He is also a Certified Company Secretary (CPS(K)). 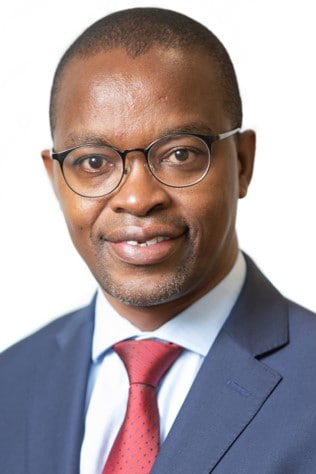 James was appointed to the role in 2019. James is a seasoned banker, with 22 years of banking experience. He has held senior leadership roles in Kenya and Africa. Prior to his current role, James was the Head of Credit in Nigeria & West Africa, were he was responsible for successfully managing the Nigeria portfolio through the boom of 2013 – 2014 and through Nigeria’s worst recession in 2015 - 2016. Prior to that he was responsible for commodity risk across Africa and has also held other senior roles in credit/corporate banking in Kenya and Tanzania. James is married with four children and enjoys spending time with family, playing golf, reading and travelling. Jaine Mwai is a dedicated and committed professional with over 22 years of experience working in Technology. She has worked in the Bank for 20 years in various roles with experience gained working in and with other countries across Africa. She has deep experience in project planning and execution, leading multi-functional and multi-cultural teams to exceed objectives Prior to this appointment she was the Country Technology Manager, Kenya & East Africa Head of Program and Change Management. Jaine holds a Graduate Diploma in Accounting from Mc Gill University and BA in Economics from University of Guelph. She is also a Graduate of the Female Future Leadership Development Program by Federation of Kenya Employers (FKE).