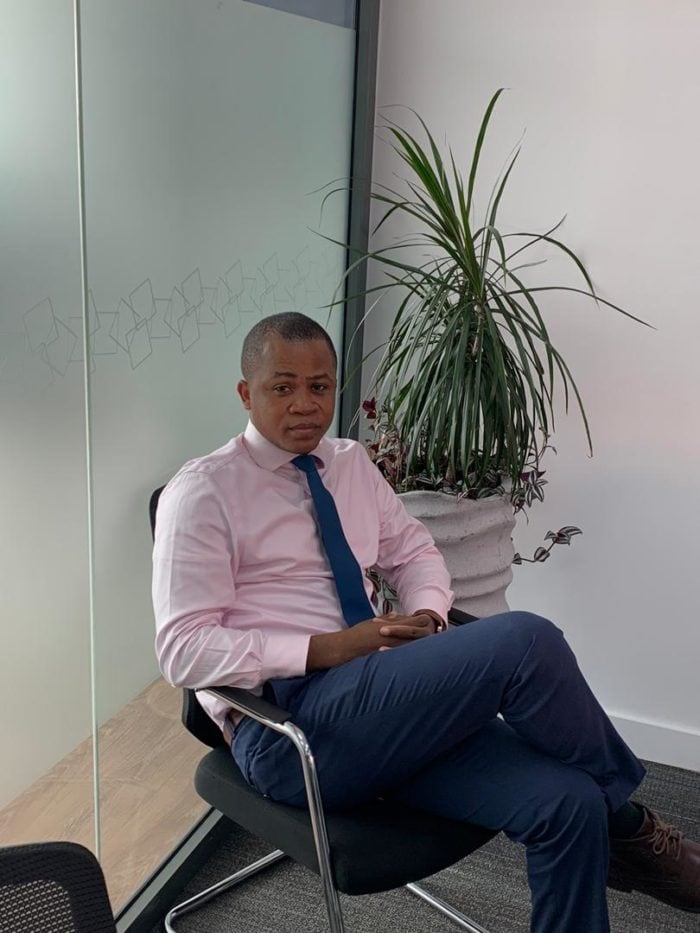 About three years ago, one of my colleagues decided to share the sad news that he’d lost his aunty after her battle with breast cancer. At the same time, another of our colleagues revealed that his own aunty had recently overcome the same condition.

These opposite experiences really struck me and got me thinking about the issue of breast cancer in Ghana. I hadn’t realised that it is the second-highest cause of cancer deaths in women of our country. And I was unaware of the extent to which it affects men, too!

Armed with a desire to help raise awareness and promote early detection, myself and a few male colleagues came together one day, and the ‘Pink Boys’ movement was born.

You never really know what’s coming, so we should always look to make a positive impact Not just a women’s issue

We hoped that being men and tackling an issue traditionally associated with women would draw interest, and we weren’t wrong! There were lots of questions initially, but these soon turned into passionate support and advocacy.

We began by wearing pink on Wednesdays and encouraging everyone in our office to do the same. As well as making a visual statement, we also wanted to improve people’s knowledge, so we would share breast cancer trivia, facts and figures, with information about where to find out more.

Sometimes we arrange for medical professionals to come in and host talks and seminars on the topic. During one of these talks, we heard the story of a screening where six out of 10 men had some form of early stage breast cancer they were unaware of. That came as a surprise to many of us.

There’s been a lot of support for the Pink Boys and our mission. People are keen to learn more and our CEO, Mansa Nettey, is fully behind the initiative. Not only does she join branch visits to spread awareness, but she also participated in a Run for a Cure event where she and some members of the country Executive Committee joined us on a walk with students and residents of the Abelemkpe community. As a result of my participation in the Pink Boys, I was given the opportunity to attend the One Young World summit in London, where I networked with future leaders doing amazing things around the world. I experienced great mentoring from top global leaders such as Richard Branson (Virgin), Prof. Mohammed Yunis (Social Entrepreneur) and Paul Bulke (Chairman and Former CEO of Nestle). This has inspired me to do more whenever and wherever I can. I have made new friends doing similar things and intend to use this to spread the impact the Pink Boys can make.

I may not have been personally affected by breast cancer, but I think it’s important to fight for a good cause, regardless of gender. The experiences of my friends and colleagues have reminded me that you never really know what’s coming. And so we should always look to make a positive impact, not just in our own lives, but for others too.