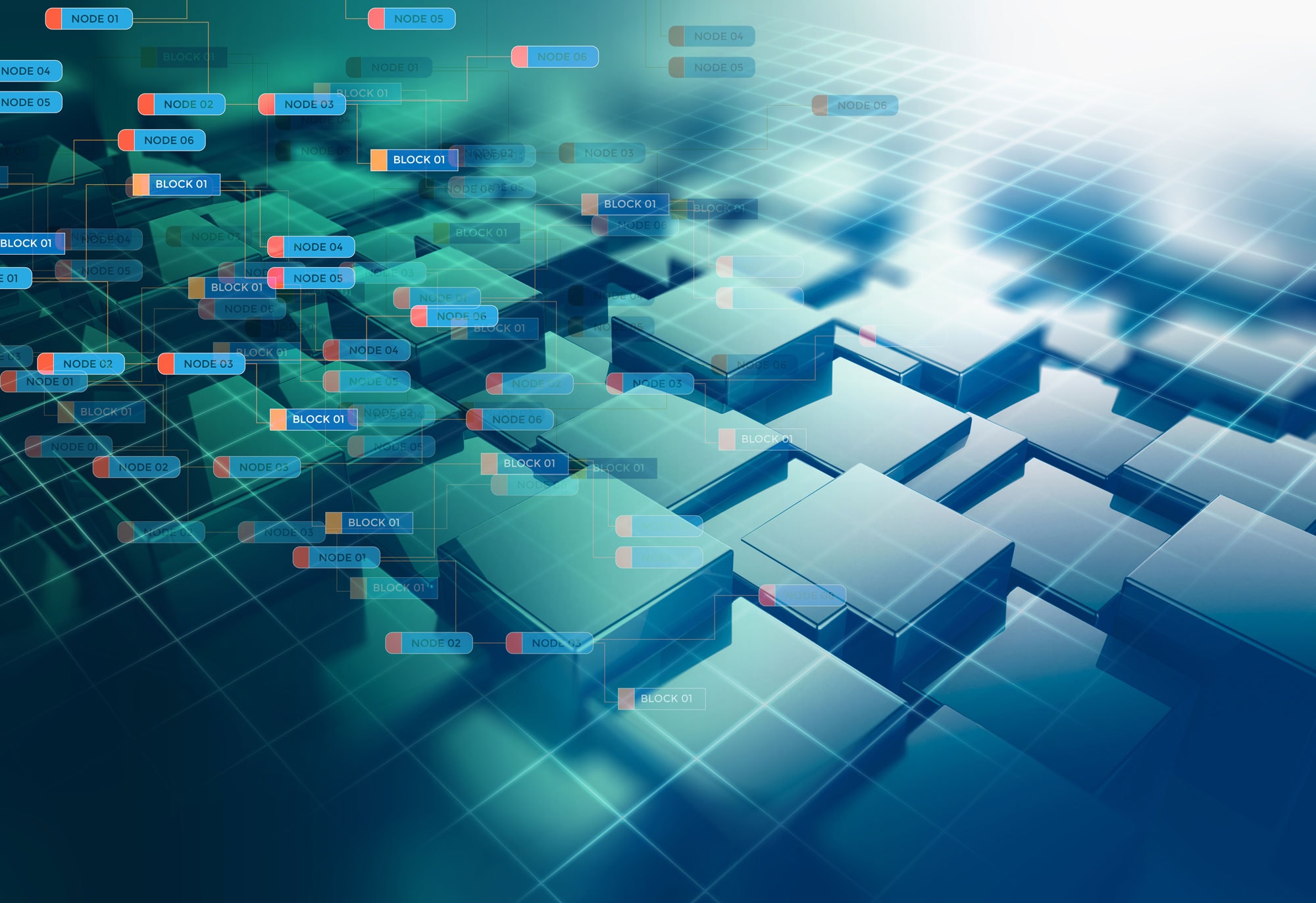 The thing about this new technological craze is that even as I am writing this, I have missed about 1500 new articles on the next whizz bang developments from the plethora of communication being pushed out and many new start-up companies globally entering the market. The speed at which the domain of financial technology is either developing, or saying it’s developing, is mind boggling.

For most relatively non-tech people, the race to produce and implement ground breaking technology in financial services is a little like the space race with many more contenders and much fewer oxygen concerns. By way of example, there are currently 2367 FinTech start-up companies across 64 countries globally1 and the forecast failure rate of start-ups is estimated to range between 50 - 90%2. That’s a lot of trust and focus to place in something so fragile.

This article is written for those who are not FinTech gurus, blockchain experts or computer scientists, but who have an interest in how technology can aid and assist Securities Services. With that in mind, the objective of this article is to highlight from a Securities Services perspective what the global initiatives are, their respective regulatory frameworks, and further assess what has been implemented, what is working and how it may be further leveraged.

The focus is on technology in a Securities Services’ post-trade environment and in particular what is tangible and credible versus start-up ‘dream land’ which is often shrouded in smoke and mirrors and way too many acronyms. ‘FinTech’ is used in this article as an umbrella term to describe technologically driven initiatives across all financial services. Collaboration with regulation: Technology has consistently moved at a faster rate than regulation

FinTech developments often purport to be plagued by regulatory obstacles and stumbling blocks. But this is not a new type of challenge; regulation frequently lags behind developments in the financial markets and there is a need to catch up. We are still in the midst of a new cycle of regulatory reform in areas such as LIBOR, governance, bank capital, derivatives trading, shadow banking amongst a whole host of areas that are recognised as being under- regulated in the aftermath of the financial crisis. As highlighted in the development of sandboxes and other initiatives, regulators are now taking action and there is recognition that widespread and deep industry engagement, consultation and collaboration are required.

Despite the pace of development in FinTech against existing legal and regulatory frameworks, the FinTech sector and regulators are working together to align the gap. This is critical and needs to occur for the mass adoption of FinTech; it must come with an optimal level of regulation that encourages technological innovation whilst maintaining regulatory certainty and consumer protections. Whilst the specific approach to FinTech regulation has differed country to country, all engaged regulators, regardless of sophistication of the market in the FinTech space, are trying to achieve this balance of interests

One still widely held sentiment is that the banking and financial services industry has always incorporated technological developments and FinTech doesn’t present a new phenomenon. The difference now however is the unprecedented level of consultation and industry response, and a fresh examination of the global regulatory framework. This is a function of the scale of disruption to “traditional” financial services offerings and the inexorable momentum prompted by emerging technologies such as DLT, AI, machine learning.

Jurisdictional link-ups are increasing in frequency and we will explore this in greater detail in a forthcoming White Paper, but the unwavering pace of FinTech developments has prompted a new wave of collaboration arrangements between various regulatory agencies.

Our research suggests that Asia is leading the way in this regard with the Middle East not far behind. The level of jurisdictional engagement is actually extensive and we are seeing tri-party and multiple country connections being established via co-operation agreements. Typically these take the form of Memorandum of Understandings (MOU’s) between the different locations. Interestingly, we are also seeing countries signing MOU’s with Associations (an example being Singapore and the Association of Supervisors of Banks of the Americas or with corporates (ADGM signed a MOU with social-entrepreneurial impact firm TechPreneur Africa in June 2017). This broad reaching level of connectivity is, as we suggest in this paper, required to establish and bene t cross-border viable FinTech solutions.

Complementing this development is the establishment by regulators of sandboxes and dedicated FinTech teams that assist in the creation of the regulatory environment.

Since the UK’s launch of the initial formalised “regulatory sandbox” for FinTech start-ups3, regulators globally have been quick to follow suit. In a regulatory sandbox, financial institutions, both traditional and non-traditional, can test new products, services and business models in a live environment, allowing innovations to be trialled under controlled conditions and for regulators to have time to adapt regulations as required and provide guidance. This means that FinTech user cases relevant to Securities Services can be trialled, tested and aligned to the regulatory environment, which should result in a faster and more robust product reaching the market.

Like the sandbox concept, the Philippines has been deploying “test and learn” approaches for more than a decade. Rather than issuing predetermined regulations, the country empowered prominent businesses to pilot products and models under close monitoring. So, while the UK is famed for the ‘sandbox’ term, the original regulatory sandbox is in the Philippines4.

The scope of sandboxes is broad and doesn’t always focus on the post-trade environment. The Middle East for instance seems to have a focus on payments, ICO’s and crowd funding while Africa, with the exception of South Africa, seems to be lagging behind the other regions, whilst Asia is very diverse. Not surprisingly, specific regulators are focusing their sandboxes initiatives on their prudential oversight responsibility for banking services5 and financial services licensees6.

To date a regulatory sandbox has not been formally established in China. There have however been efforts to move in that direction with the government investigating a “regulatory approach” test in Fangshan District. This will test the application of new FinTech in the demonstrative zone and different models of regulatory sandboxes, including provincial and nationwide sandboxes.7.

The US, Europe and the UK all have developed sandboxes and continue to focus on the banking industry, with the FCA in the UK recently called for views on the merits of creating a global sandbox, which, if it occurs, could be a solid step forward for the development of FinTech in post- trade. The European Securities and Markets Authority has noted the challenges of utilising DLT in Securities Services against existing regulatory frameworks8 whilst new regulations have potential to create complications (for instance, a DLT system effecting settlement would have to be authorised under the Central Securities Depositories Regulation9, and be a designated system under the Settlement Finality Directive10 if they are not acting as settlement internalisers and plugging into a traditional central securities depository).

Along with the challenges however11 the positives have also been highlighted, notably:

What is beyond the sandbox?

There is a growing recognition that for FinTech to become mainstream requires strategic reform. A widely held industry view is that if FinTech businesses are purporting to offer the same services as traditional market players, services which involve the same inherent risks, then they must follow the same rules and standards that apply to the rest of the industry; FinTech business should not be afforded any relaxation or dispensation. Some FinTech developments are easy to implement as they neatly t within a mainstream regulatory framework, such as enhancements utilising technology for payments¹⁴ and technology being implemented to achieve greater efficiencies¹.

Whilst many regulators have approached FinTech regulation cautiously, and are still establishing committees and consulting the industry on the various risks, prohibitions and ways to bring regulation up to speed (themes we will explore in detail in our forthcoming White Paper), others have moved at a faster pace, running sandboxes in parallel to developing regulation¹⁶. In Securities Services, it appears that regulators are generally willing to accept that traditional processes within Securities Services could be disrupted but are not yet comfortable as to the nature and extent of the risks.

This article began by noting the level and rate at which developments in FinTech are taking place. Yet in Securities Services, a report issued by the European Central Bank October 2017¹⁷ did not reveal any meaningful advances since the preceding report in 2016. Hence, change is not as rapid as might appear. The conclusion therefore is that there are ongoing challenges in Securities Services in terms of disruption by FinTech.

To address these challenges and move beyond localised post-trade solutions requires buy-in across jurisdictions and intermediaries. Without this, regional advancement will continue to stall. Hence the welcoming of the concept of the possible global sandbox.

The US, Europe and the UK all have developed sandboxes and continue to focus on the banking industry, with the FCA in the UK recently called for views on the merits of creating a global sandbox, which, if it occurs, could be a solid step forward for the development of FinTech in post-trade.