Positioned at the nexus between east and west, key markets in the Middle East and North Africa (MENA) region are expected to be at the forefront of changes in the flow of global trade, according to Standard Chartered’s Future of Trade 2030 report.

By the end of this decade, exports from the region are set to more than double from 2020 levels, from USD 800bn to USD1.7tn – outpacing global trade growth of 70 per cent.

“As a region, MENA has re-emerged from the COVID-19 crisis very strongly,” says Syed Khurrum Zaeem, Head of Trade & Working Capital and Transaction Banking for Africa and the Middle East at Standard Chartered. “Governments are undertaking major reform efforts to transform from petroleum-based economies to knowledge-based economies, while higher oil prices are providing liquidity for governments to spend on infrastructure and new investments into downstream sectors in South Asia and ASEAN are opening up new trade corridors.”

A shift to sustainability

The top billing given to the environment at Expo 2020 Dubai’s Sustainability Pavilion as well as a number of high-profile ESG-linked bond issuances coming out of the region demonstrate the extent to which the topic has become a policy-level issue. This is rapidly filtering down to corporates, who are beginning to look at ways to make how they do trade more sustainable.

“Last year, I would have said that MENA was a nascent market in terms of ESG,” says Ahmad Izhar, Executive Director, Trade Product Development at Standard Chartered. “But the conversation has moved on very quickly, to the extent that we are pioneering some ESG-linked products here in the region.”

One such product is Standard Chartered’s new Sustainable Account, launched in the UAE at the end of last year. This solution provides corporate and institutional clients with the opportunity to contribute to sustainable development, whilst maintaining daily access to their cash for critical liquidity management needs. Deposits in Sustainable Accounts are used for referencing against sustainable projects based on the bank’s green and sustainable product framework, which is aligned to the United Nations Sustainable Development Goals.

Meanwhile, demand is growing for Standard Chartered’s Sustainable Trade Finance proposition, which embeds the Loan Market Association’s (LMA) green and sustainability-linked loan principles into its offering. Launched in March last year, the solution can be used to finance underlying goods to meet agreed sustainability standards, to support trade for suppliers who meet ESG metrics, or to finance trade in sustainable industries, such as renewable energy, and transition activities, such as emissions reduction.

“We see a lot of demand for supporting trade in goods such as energy efficiency solutions, certified cotton, and solar panels, and we are having some very interesting conversations with clients around transition financing. Let’s be clear: the region still depends on hydrocarbons, and these flows will continue to be very important, but corporates in MENA have realised that ESG is not just a nice-to-have; it’s what customers, shareholders and the regulators want, and it also provides an opportunity to access new flows of capital,” says Zaeem.

Corporates in MENA have realised that ESG is not just a nice-to-have; it’s what customers, shareholders and the regulators want, and it also provides an opportunity to access new flows of capital.

Beyond the environmental aspect, corporates in MENA are also looking to inclusion, particularly within their supply chains. “For larger, tier one suppliers, financing is often not a problem. Traditional supply chain financing solutions abound. But the smaller the supplier, and the farther it is from the customer, the fewer the financing options available. Clients are coming to us for help in supporting their smaller suppliers to give them access to funding at a lower cost when times get tough, especially as interest rates are rising,” says Izhar.

Supply chain finance also offers a way for businesses in the region to build in resilience in the face of ongoing disruptions.

“Working capital is now a C-suite topic,” says Izhar. “Previously, in our part of the world, working capital would have been dealt with by mid-level executives within a corporate, but it really has become a business continuity issue and a very important agenda item.”

As well as leveraging tools such as supply chain finance to help smoothen the cash conversion cycle and bolster key suppliers, corporates in the region are increasingly looking to build in redundancies to protect against future shocks.

“We’re hearing a lot from clients about supply chain flexibility. Where before they may have had one supplier – and therefore a single point of failure – they’re now diversifying that supplier base to achieve greater resilience, often bringing more suppliers into their SCF programmes to make sure they have the working capital to defend against issues such as COVID-19 lockdowns,” says Izhar.

However, this remains a work in progress. According to Standard Chartered’s Critical Indicators of Sustainable Supply Chains, a survey of over 900 global companies, 52 per cent of companies in the Middle East said that the financial robustness of their supply chains was “very important”, but only 39 per cent ranked themselves as doing well on this issue.

“Not everyone is there yet, but it’s definitely a trend we’re witnessing,” says Izhar, adding that corporates in the region can align themselves with the best performers on this metric by leveraging data to pinpoint areas of stress within their supply chains.

Indeed, while a growing number of MENA corporates have been able to establish visibility, monitor performance and collaboratively improve management systems in their supply chains, they remain in the minority. In the same survey, just 40 per cent of companies in the Middle East said they were happy with their performance on collaboration and connectedness, signalling the scale of the task ahead.

Although digital transformation is an important pillar of national reform agendas, from the Dubai International Financial Centre’s ground-breaking Specialised Court for the Digital Economy to the Digital Egypt strategy to Saudi Arabia’s Vision 2030, the MENA region has traditionally lagged behind others in trade digitalisation.

This looks set to change. Two key economies in the region – the Abu Dhabi Global Market (ADGM) and Bahrain – have become among the first in the world to enact the United Nations Commission on International Trade Law’s (UNCITRAL) Model Law on Electronic Transferable Records (MLETR) into their domestic legislation, giving electronic trade documents the same legal standing as their paper-based counterparts and paving the way for digital trade.

“The proof of concept that we participated in demonstrated that digitalised trade is a reality,” says Zaeem. “The question now for corporates is how they can take advantage of this. From our perspective, we have been digital for some time, be that the onboarding process or client engagement, and we’ve collaborated with providers like Demica on digital portals to accelerate supplier enrolment in supply chain finance programmes. However, because there are no clear winners yet in terms of the trade finance platforms, it’s still difficult for corporates in MENA to engage fully in end-to-end digital trade.”

Nonetheless, businesses in the region are keen to take up digital opportunities. Middle East corporate respondents polled in Standard Chartered’s Future of Trade 2030 report are clearly prioritising digital transformation as part of their internationalisation strategy, with 48 per cent saying they were accelerating new technology adoption for more efficiency and transparency.

But there remain limits as to what can be achieved, at least for now, and the reason for this can be found in the make-up of the region’s trade. “We are still very documentary trade heavy,” explains Zaeem. “That said, as the shape of MENA’s trade moves more towards open account, and we see more involvement from insurers, I expect this to evolve.”

At the centre of trends shaping the future of trade

The Future of Trade 2030 report identified five trends that are shaping globalisation, including the wider adoption of sustainable and fair-trade practices; a push for more inclusive participation; greater risk diversification; more digitisation and a rebalancing towards high-growth emerging markets – and nowhere are these trends more apparent than in MENA.

To support the growing demand in the region for a more sustainable and inclusive model for global trade, Standard Chartered is broadening its footprint to cover some of the largest and fastest growing economies, having recently opened its first branch in the Kingdom of Saudi Arabia and obtained preliminary approval for a banking licence in the Arab Republic of Egypt.

This article was also published in Global Trade Review. 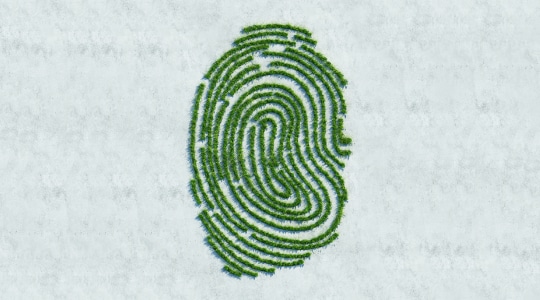 We are here for your sustainable banking needs

Sustainability is important to you and to us. It’s why we’re bringing you sustainability-linked financing solutions.