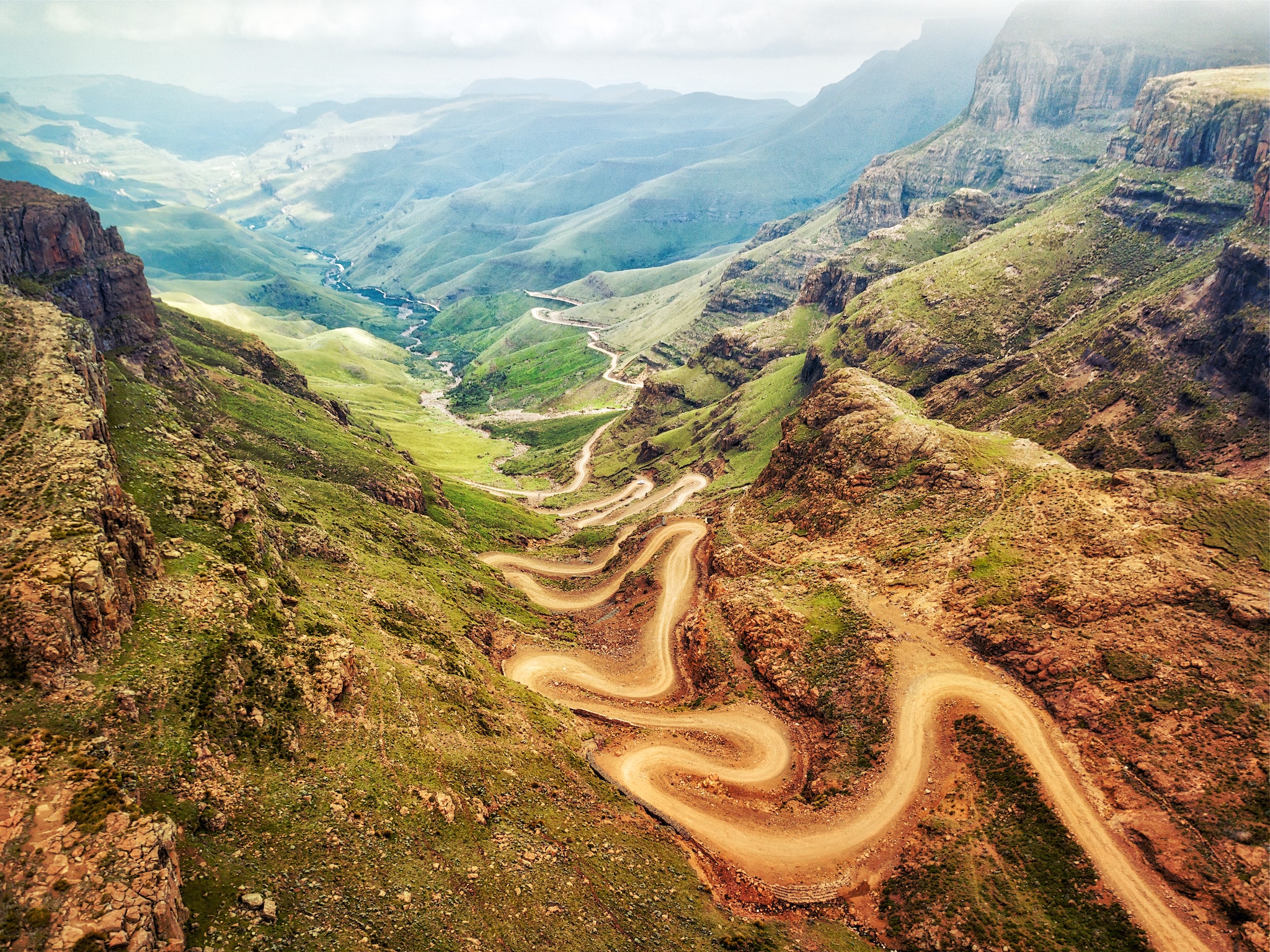 Landmark Achievements of the Belt and Road

The development of Belt and Road Initiative (BRI) projects has slowed down over the past few years. But regardless, significant progress has been made since the initiative was first announced in 2013.

Inevitably there have been missteps – and Belt and Road’s critics have been eager to seize on these – but there have also been notable accomplishments, particularly in Africa, South and Southeast Asia.

In Africa, Belt and Road has provided some of the development tonic many nations sorely need. According to the International Monetary Fund, BRI funding is filling many of the continent’s long-standing infrastructure gaps and generating positive ancillary benefits. Chinese railway projects in East Africa are one example, with the Nairobi-Mombasa and Addis Ababa-Djibouti lines opening potential for a flow of international investment.

The China-Pakistan economic corridor is one of the salient components of BRI to date. This network of projects, together forming the single-biggest BRI programme with financing and infrastructure worth more than USD60 billion, connects western China to Gwadar – a previously undeveloped, deep-water port on Pakistan’s Arabian coast. The corridor will provide a new trading route, opening up the country to multiple industrial and trading opportunities.

In Southeast Asia, BRI infrastructure projects in Cambodia and Laos, and postponed projects in Malaysia, have generated much of the attention. Less trumpeted however, are the industrial parks constructed with Chinese money and the tourism markets gearing up for Chinese growth.

And, as funding for BRI projects expands beyond China and its state-owned and private enterprises, international players are dipping their toes in the water – and reporting some successes. In late 2017, Standard Chartered was the export agency finance coordinator, structuring bank, arranger, hedging bank and account bank for a project finance facility for Sri Lankan industrial conglomerate LAUGFS Holdings Ltd. – to support the development of a Liquid Petroleum Gas storage terminal in Sri Lanka. Project construction is due to be completed by the end of 2018, and the company is expecting to handle its first shipment soon after.

Rosette Nyirinkindi Katungye, the African Union’s Advisor on Regional Integration, has described the project as an “excellent” demonstration of Belt and Road’s potential to drive African development and integration. As the construction data in Table 1 shows, even the anticipation of upcoming infrastructure can trigger opportunities and growth.

Kenya is also a beneficiary of Chinese rail technology. The 480km standard gauge railway from Mombasa port to the capital Nairobi opened in June 2017, replacing a 19th-century British-built line. The new USD3.8 billion line cuts freight costs and journey time, and will ultimately be extended to Uganda. Henry Rotich, Kenya's Treasury Cabinet Secretary, said in March that China’s investment in railroads was good for regional growth, and that Kenya would lobby for more BRI projects.

Local governments are looking to Belt and Road to bootstrap intra-African trade, which currently accounts for only 15 per cent of African commerce. The African Continental Free Trade Area, designed to create a single continental market for goods and services, was launched in 2015 and its success will depend in part on the extension of BRI projects. The signs are encouraging: an international property developer, Innohabitat, has already announced plans to develop housing projects and logistics hubs along African BRI routes. 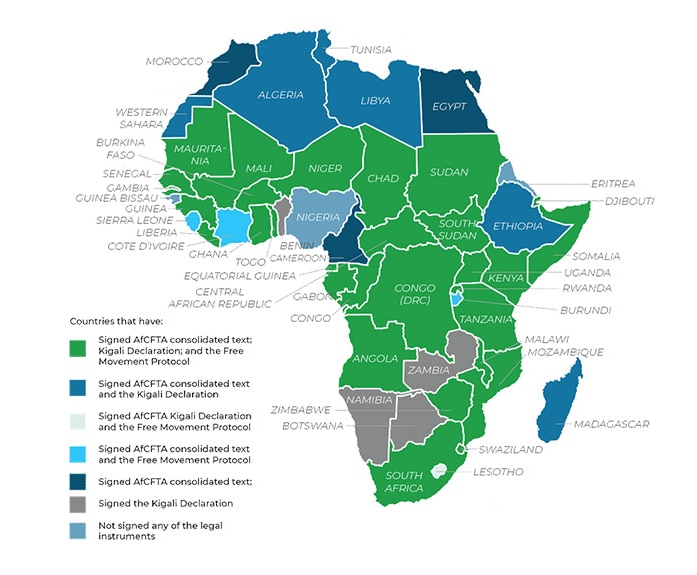 Some of the most advanced BRI projects are in Pakistan, where Chinese companies are developing the Gwadar deep-sea port and a 3,000 km-long corridor of roads and railways. The port sits on the Arabian Sea, near the mouth of the Persian Gulf, along oil, bulk and container shipping routes. Although Gwadar is not yet complete, shipments have begun, giving western China much closer access to a sea port than it had before.

For Pakistan, the road and rail links to Gwadar provide a major transport upgrade that runs the length of the country. The road includes the high-altitude Karakoram Highway, several major bridges and a tunnel. The Khunjerab railway will run almost parallel to the Karakoram, giving north-eastern Pakistan a trade link to western China. It has been claimed that the corridor’s network of transport links, power plants and factories will create up to a million jobs in the country.

Thailand’s commitment to BRI projects has been questioned following the slow progress of the railway project from the capital, Bangkok, to the border with Laos. However, the South-east Asian kingdom has already played a major role in the initiative, setting a model for Chinese investment abroad even before Belt and Road was announced.

Rayong Industrial Park, on the Gulf of Thailand about 180km from Bangkok, was jointly founded by Thai and Chinese companies in 2005. The park now hosts 120 Chinese-funded enterprises, which have created 30,000 jobs and brought in total investment of almost USD3 billion. Attracted by Thailand’s economic incentives, good logistics connections and natural resources, the Chinese companies have established a model for success that China is looking to replicate in other countries and Special Economic Zones. There are now 52 industrial parks built by Chinese-international partnerships around the world, from nearby Laos to as far away as Belarus, Mexico, and Ethiopia.

The success of Rayong has helped increase Chinese interest in Thailand, and the knock-on effects of Thailand’s increased visibility within China has led to a tourism boom. The park’s Chinese manager describes Thailand as “usually the first stop for Chinese tourists and investors,” and expects Chinese investment in the country to keep growing, fuelled by government promotion policies, low labour costs and over-capacity in China.

Of course, project and programme successes should not just be measured by returns. For the communities living along the BRI routes, the initiative has created jobs and opportunities, while international companies have forged partnerships across Belt and Road to support project development.

China’s Commerce Ministry estimated that as of the late 2019, Chinese firms alone had created more than 300,000 jobs along BRI routes. The benefits are not just economic. Belt and Road is also providing a platform for improvements in health and sanitation, showcased by the opening of an emergency medical centre in Gwadar in 2017 and another in Quetta, Pakistan. This year, the World Health Organisation (WHO) praised efforts to “integrate health into economic partnerships” in BRI countries.

“China has the practical expertise and economic influence not only to vastly reshape health in Pakistan, but to enhance billions of lives in Belt and Road nations and beyond,” Dr Tedros Adhanom Ghebreyesus, director-general of the WHO, wrote in July 2018.

While some BRI projects around the world have stalled, and those that have achieved success are not perfect, the momentum behind the initiative is unlikely to be lost, and the list of achievements is unlikely to end.

This article was also published on Bloomberg.com