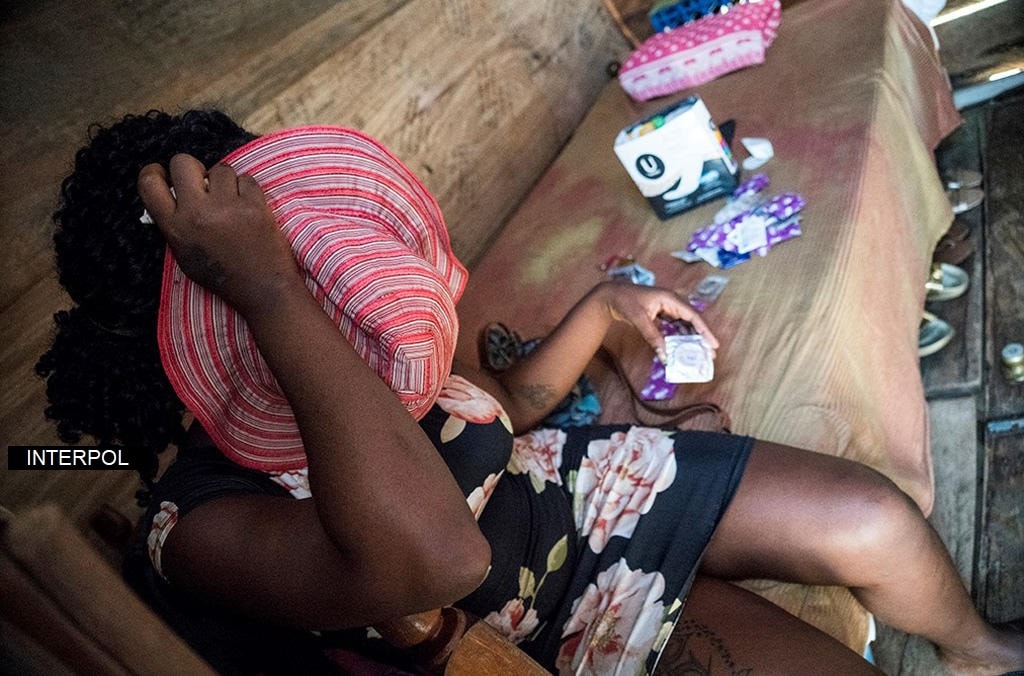 Slavery cannot be relegated to the annals of history so long as men, women and children are still being coerced, drugged, tricked, and sold to do dangerous and degrading work against their will… Inspired by the abolitionists of two centuries ago, let us fight against exploitation and oppression and stand up for freedom and human dignity.

An estimated 40.3 million people are victims of modern slavery at any time and 89 million have experienced some form of slavery within the past five years, according to estimates from Alliance 8.7. Modern slavery and human trafficking (MSHT) continue to be a complex and highly profitable global business, generating illegal profits estimated at $150 billion per year. At Standard Chartered, we completed a global threat assessment which analysed and assessed the financial crime related threat landscape, and the resulting risks for the Bank. We identified that human trafficking and modern slavery are key areas in which we should take action.

Modern slavery, also called human trafficking, encompasses many types of exploitation – sexual exploitation, labour exploitation, and forced marriage – and exists in every country. Some particular risk factors include conflict and unrest, poverty, unemployment, and limited educational or employment opportunities. These vulnerability factors exist in some markets within Standard Chartered’s footprint.

What can financial institutions do?

We recognise that financial institutions have a part to play in the fight against modern slavery by identifying both the laundering of proceeds from exploitation or the use of financial services to facilitate exploitation, for example using a victim’s identity to fraudulently apply for banking products. Sometimes the financial flows may correspond with the physical route travelled by a victim, but in other circumstances they may be different. Through analysis of financial activity, we can identify those involved and assist in countering human trafficking.

It can be difficult to distinguish illegal activity from legitimate transactions, so banks have developed indicators which take into account geographic and industry context, financial flow routes, and trafficking corridors, along with transactional and customer indicators.

Standard Chartered works with partners in law enforcement and government, and with research bodies and Non-Government Organisations / Non-Profits, to develop and update these indicators.

Our work in Nigeria

While financial indicators of modern slavery for destination countries are relatively well-developed, particularly for Western Europe and North America, this is less so for countries which are the source of trafficked individuals or transit points. We have taken action in this area and recently conducted training for frontline staff in Nigeria.

Nigeria is a source, transit, and destination country for victims of trafficking. Nigerian victims are trafficked to Europe, Central Asia, and the Middle East, as well as within Africa. According to the International Organization for Migration, nearly 11,100 women arrived in Italy by sea in 2016, of which an estimated 80% were already, or would become, victims of sexual exploitation. Within Europe, Europol reported that 18% of all victims of sexual exploitation were Nigerian.

Indicators that a person is being trafficked at the start of their journey are complex to identify, because at the time they start their travel, many victims do not yet know what lies ahead of them and may not show signs of coercion. For example, they may have been deceived into thinking they will have legitimate employment at their destination, perhaps as a waitress or a babysitter. They may be aware that their work will be demanding, but may not realise that they will be working in conditions of slavery, without control over the work they are expected to perform or their safety, and without access to their earnings or identity documents. Or they might be aware they will incur a debt to their trafficker but have been misled about the amount, currency, or their earning potential, meaning the debt they are incurring is higher than they realise, and their ability to repay it is lower. In all these circumstances, victims are willingly commencing their journey. Some individuals may be aware of the risks they are facing, but consider that they have few alternatives.
The training of our frontline staff in Nigeria increased their awareness of indicators of modern slavery and human trafficking. We provided country-specific context such as travel routes and details of the signs that they, as frontline staff, may be uniquely placed to identify. We have given them more knowledge about identifying both potential victims
and traffickers – and some individuals may be both – so that they can refer these for appropriate action. The training in Nigeria complements work being done by law enforcement in bringing traffickers to justice, and NGOs whose work may include rescuing victims, providing alternatives to exploitative work, and raising awareness to prevent individuals from being trafficked.

Within Standard Chartered, we’re supporting our frontline training with other measures such as automated monitoring, proactive investigations, and inclusion of human trafficking and modern slavery in our internal and external training programmes.
In 2018, our Correspondent Banking (CB) Academy included modern slavery and human trafficking as a separate module for the first time. Under the CB Academy initiative, we share international best practices in financial crime compliance with our correspondent banking clients, helping them build stronger controls in areas such as customer due diligence and anti-money laundering. Adding modern slavery and human trafficking to the course extends knowledge of human trafficking across our geographic footprint of financial institution clients. These individuals will not just be more aware in their capacity as bank employees, but also bring their knowledge into their own communities.

By working with our partners to raise awareness at all points during a potential victim’s journey – source, transit, and destination – we can more effectively prevent and counter trafficking.