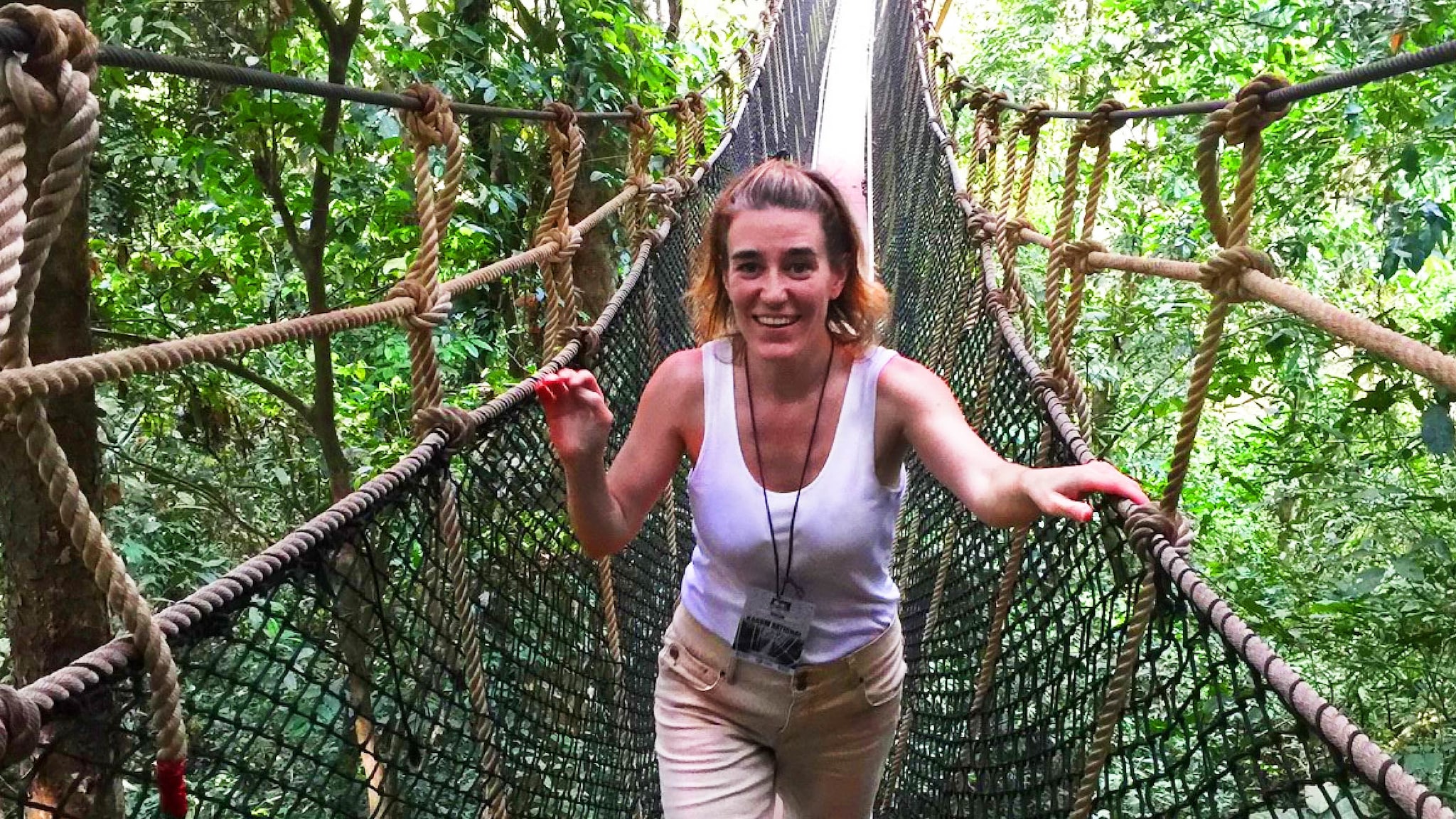 Growing up, I have always yearned to push my limits and take big leaps out of my comfort zone. Learning a challenging foreign language was one of these first leaps, which brought me from my native Canada to Shanghai, China as a nineteen-year-old student on an exchange scholarship. It was in Shanghai and later in Taipei that I became fluent in Mandarin, and then ended up spending more than twenty years in China.

In 1999, I joined Standard Chartered in Shanghai as a credit analyst. Even early on in my career, I made it a priority to be an active explorer and be very open about taking on opportunities. That helped me to figure out where my innate talents were and helped me define what my ultimate path should be as I progressed along my career. From that first role, I took on increasingly more responsibilities and seniority in the bank, always with a sense of adventure to keep learning and bringing my best to whichever role I was in.

From China to Africa and back again
My husband is Zambian, and we’d met in China where he was running a successful textile business. Several years ago, he returned to Zambia and that propelled me to seek out the right role in Africa, as Standard Chartered has a large presence there. In 2015, I was appointed to as Regional Credit Officer for Africa, based in Johannesburg, and was thereafter promoted to a larger regional role looking after both Africa and Middle East.

Leaving the convenient and fast-paced life of Asia to live in Africa was difficult at first. But I looked at this as part of life’s unlimited adventures. I soon discovered how amazing living and working in Africa can be. Our Africa franchise, where we operate in 15 countries, is a true jewel in Standard Chartered’s crown – no other global bank has the same extensive network. In many markets, we are one of the largest financial institutions operating, meaning we are systemically important to those countries and their economies and their peoples. The sense of responsibility and achievement that you feel, when you are able to “do the right thing” and, say, approve a loan that you know will have an immediate positive effect on an economy – like a loan to build a solar power project in a rural area – this made me feel so proud to be part of the bank.

And then last year, I moved to Hong Kong to take on my current role as the Head of Financial Institutions, Hong Kong, China and Taiwan. I consider it a huge privilege to be back in a frontline role, bringing everything I’ve learned in my over twenty-year banking career to make a real difference for our clients.

I guess what I really want to say is “Thank You” to Standard Chartered – as an employer, the bank has not only given me a platform to grow and develop as a professional banker over all these years, it has also given me opportunities to travel and work in places I could only dream of as a young girl. And my life is all the richer for that! Now, that is a great place to work!

Being a female senior leader and leading during a global pandemic

And I’ve found Standard Chartered to be a great place to work as a woman too. I can honestly say that I have never encountered any sort of “glass ceiling” at Standard Chartered. The pace and direction of my career progress has always been firmly in my own hands, and I have been able to reach out with both hands and grab the roles I aspired to. And if I decided I really needed to call something out, I felt confident that I could raise my voice and be heard.

In a global pandemic, my role as a senior leader is more vital than ever.

My line managers have always supported me when I’d needed to make tough choices to dial back a bit on my career and focus more on family. Such as when I was the Head of Transaction Banking in China 15 years ago and my young son had some health problems, I needed to move away from a client-facing role into a role that offered a bit more flexibility with my time. My seniors fully supported my move into Credit Risk, and I was able to drive my career forward from there.

I always tell the women in my team or those who I mentor that we need to be confident to put ourselves forward. A financial services career is undeniably competitive, and no one can ever advocate for you as well as you can for yourself. That is why I’m very deliberate about getting the opportunities that I want, and I always try to maintain at least two viable “next step” options in my career path – something I encourage everyone in my team to do.

Turning now to how we are managing under the intense uncertainty of this global pandemic, my role as a senior leader is more vital than ever. It is crucial to communicate, communicate, communicate and share as much information as I possibly can with my entire team. This is not only about formal communications from top-down – what really matters is the personal one-on-one time that I try to spend with each person in my larger team, which extends beyond my direct reports into their direct reports. I also make sure that I connect regularly with colleagues in our key support functions. I want my team to know and feel that I care about what they may be going through both professionally and personally, and that they can always come to me for help. In times like this, I want to create a sense of “we are all in this together” by regularly reaching out personally to as many of my team as I can.