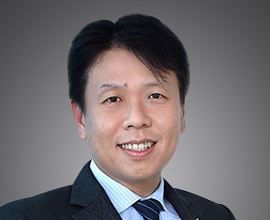 Andrew’s career spans 27 years in the financial services industry. He started out as a FX and Corporate dealer with DBS Bank in 1994. In 1997, he moved to Citibank where he held various wealth management positions, spanning investment, treasury, insurance and mortgage products. His last appointment at Citibank was Managing Director, Head of Investment and Treasury Services at the International Personal Bank.

In November 2020, Andrew was appointed as Cluster CEO, Indonesia and ASEAN Markets (Australia, Brunei and The Philippines) with the responsibility for developing and implementing the Bank’s strategy and managing business performance in the region.

As supply chain patterns evolve, ASEAN is more relevant than ever