China has been a powerful engine of economic growth for years but the onset of a new decade, the US-China trade war, increasing public debt and an ageing population have all raised concerns about its near- and medium-term prospects.

How will the world's most populous nation rise to the challenges? And what opportunities can investors seek out as they adapt to the changing environment? 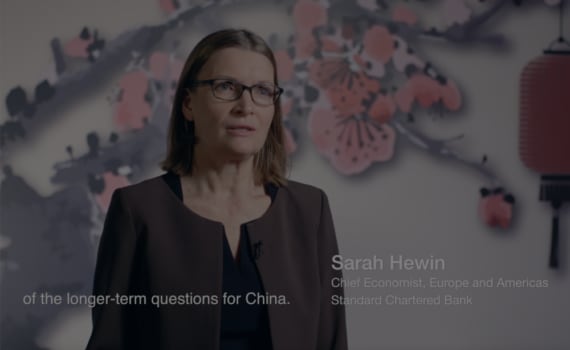 Coronavirus continues to have an impact on the economic outlook but it’s important not to lose sight of the longer-term questions for China.

Coronavirus continues to have an impact on the economic outlook but it’s important not to lose sight of the longer-term questions for China.

The region's rise has been so dramatic that by the end of this decade the majority of leading economies will be Asian – a fact that many western capital markets investors have yet to factor into their strategies.

China's response to the recent challenges on trade, debt, demographics and now coronavirus will increasingly be to prioritise economic consolidation and stability over the much-higher growth rates of previous years. In short, it will seek a shift from quantity to quality.

In practice, that means a greater focus on control of financial risk and, in particular, stimulating domestic demand and consumption. In an effort to head off the economic impact of disrupted supply chains from coronavirus, Beijing cut its benchmark lending rates in Q1 2020. It has also undertaken measures to provide credit to small and medium-size enterprises while temporarily allowing financial institutions to break prudential requirements. The focus on stability will also involve spending more on social welfare than before, particularly as the government looks to shore up support among lower-income groups.

One big question concerns the rate at which China's role on the world stage will continue to grow. Even with the conclusion of the first phase of US-China talks, any further progress on the second round of negotiations could prove slow as this year's US presidential election increasingly dominates the US political agenda. It could also prove highly complex as both sides attempt to nail down the loose language on enforcement mechanisms that came out of the phase one talks.

At the same time, China's bilateral investment initiative with the European Union has proved elusive. Obstacles include: European companies, which increasingly see their Chinese counterparts as direct competitors; EU member states, which hold differing views on China; and a European Parliament that could try to block an agreement between Beijing and the European Commission.

Yet China's ambitions for global influence are clear. Notwithstanding ongoing friction in Hong Kong, the country has steadily increased its position as an international power in Asia.

Further afield, China seems determined to push its technology internationally as it vies to set the next set of tech standards. It is an ambition that not only bleeds into multiple sectors, including defence, but which will also place it in direct competition with the US. Within a single generation, China has leaped from having a relatively modest aspiration to learn manufacturing to having technology that leads the world.

So what is next? And how can international investors profit from this rapidly shifting environment? For one thing, China's new emphasis on economic stability at home could potentially involve huge opportunities to gain greater exposure to its securities markets.

Beijing is showing a strong appetite for financial-market reforms that involve everything from collateralisation of bonds to reform of corporate-governance standards for equities. Put together, these reforms are closing the gap between how Chinese securities markets function compared with their more established international counterparts.

China has become a world leader in issuance so one clear opportunity lies in green bonds. Its infrastructure drive over the past decade has turned the country into the world's largest producer of renewable energy and the biggest producer of solar panels. Moreover, the government has stated clearly that environmental issues will be one of its top policy priorities in the coming years. 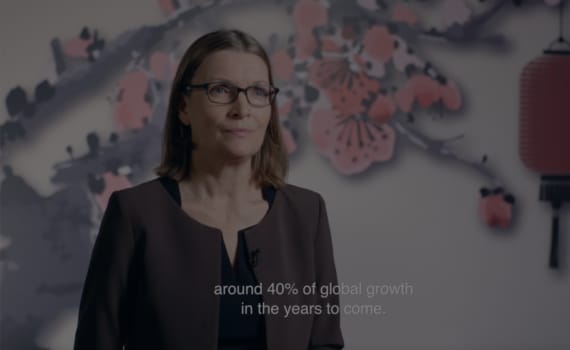 We expect China to continue to provide around 40% of global growth in the years to come.

We expect China to continue to provide around 40% of global growth in the years to come.

But even as Beijing is rapidly opening markets to foreign capital and improving company reporting on environmental, social and governance issues, foreign investors need to adjust to the Chinese way of doing things. That may require us each to adapt.

So while the multiple challenges facing China will inevitably lead to lower economic growth rates than during the past decade, the country will continue to offer big investment opportunities for years to come.