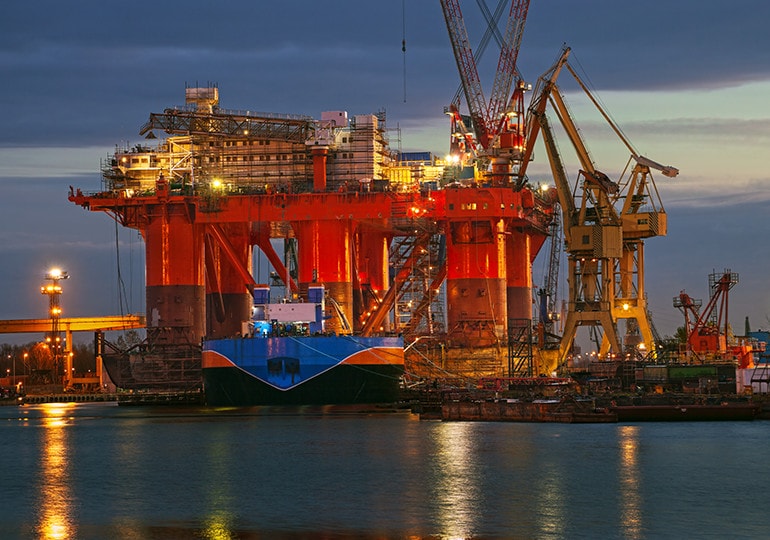 The oil market is going to run out of available storage due to the demand collapse caused by the coronavirus pandemic. This simple truth has triggered what is likely to be the most turbulent period in oil market history.

Last century, the largest oil industry shocks were after political upheavals in Iran during the 1950s (and again in 1978-79), and after the quadrupling of oil prices in 1973 when OPEC took control of pricing. The aftermath of the coronavirus pandemic is likely to be even more dramatic; the oil industry is set for significant changes and unlikely to go back to business as usual.

We expect to see an extremely volatile period, marked by unsustainably low oil prices for two quarters. A large amount of oil production is likely to be shut down, at least temporarily, in oil fields across the world to get the market to balance.

Our prediction: there will be significant supply reductions as prices crash and storage runs out, primarily in the US, Canada, Mexico and Brazil. China and the North Sea are also going to be hit hard. Some of this lost output will never return.

Low prices and shutdowns will lead to financial distress and bankruptcies across the global oil industry, with the US shale oil industry particularly badly affected and heading into a multi-year decline.

Why does storage matter?

In normal times, the fluctuations in supply and demand seen in the oil markets are never large enough to challenge global storage capacity. However, the coronavirus demand shock is an order of magnitude larger than all previous demand shocks, and this has taken us to a reality where storage will fill to the maximum.

Oil is cheap, but storage is expensive, so spare storage is kept to a minimum. It requires specialist storage, i.e. tanks, tankers or (in the case of the US strategic reserves), huge pre-prepared salt-dome caverns with the salt leeched out over the course of years. Its flammability and the potential for poisonous gas emissions makes it far harder to deal with than a pile of copper, for example, and it is not easy to add storage facilities quickly.

Holding spare storage makes little financial sense, simply because oil is a very cheap commodity. A tonne of oil is worth just 3 per cent of a tonne of copper, although a tonne of oil costs more to store than a tonne of copper. A bottle of mineral water bought in the supermarket typically costs ten times as much as the same volume of oil. Because it is so cheap to buy per unit of volume, but so expensive to store, oil tends to have a small maximum storage capacity in terms of days of demand compared to other major commodities with the exception of natural gas and electricity.

Storage dynamics, usually a relatively minor variable in the oil price dynamic, have risen to the top of the list. The negative WTI crude oil prices seen in late-April, exacerbated by scarce storage at a key storage hub in Oklahoma, are just an early example of the consequences of storage filling so rapidly.

The US shale industry is heading into a multi-year decline, leaving the dream of US ‘Energy Dominance’ as a political slogan, disconnected from the lack of sustainability of the US oil boom.

Oil politics will likely change, with OPEC+ needing to reform in a more sustainable way after its collapse in March if a sequence of exaggerated boom-bust cycles is to be avoided. We expect the US to remain overtly involved in international oil politics now that it has been demonstrated that overly-low prices are as dangerous for the US economy as are overly high oil prices.

The future of oil demand

As the pandemic changes the future of work and travel, demand patterns for oil will change permanently. The energy consumption of businesses and consumers in Europe and the US will alter in response to long periods of lockdown and even longer periods of social distancing and mobility constraints.

In lockdowns across the globe, necessity has accelerated the adoption of technology solutions that allow remote working. For instance, in just 10 weeks, video conferencing has been more widely used than in the past 10 years.

These adoption trends mean that business travel and commutes to work could be reduced substantially in a post-COVID world.

The year-on-year fall in oil demand is staggering. We estimate that global oil demand has fallen by around 20 million barrels per day (mb/d) in April, will only recover slightly in May, and improvements in June may be very limited with only partial lifting of lock-downs.

Early signs suggest that the projections of demand falling by 20mb/d are broadly correct. US data for April-to-date shows a demand fall of about 6mb/d (30 per cent) and conditions appear to be worsening.

Producer cuts – too little, too late

Faced with a catastrophic loss of demand, OPEC and its OPEC+ partners met (virtually) earlier this month to agree 10mb/d of output cuts. These moves are too little, too late. Due to transit times and other lags, the cuts will not significantly reduce cargo arrivals in importing regions until June, and we estimate that cuts will only amount to 7mb/d of voluntary cuts from a March 2020 baseline.

To balance the market in the face of the coronavirus demand shock, the cuts needed to be three times as large and to happen two months earlier. In short, it was too late for OPEC+ to do anything more than lay the groundwork for stabilising the oil market once the chaos of the next two months has subsided.

The coming weeks will include seismic economic, market and geopolitical changes. It is going to seem very complicated, but at the heart of the crisis will be the fact that the oil market is going to run out of available storage due to the demand collapse caused by the coronavirus.