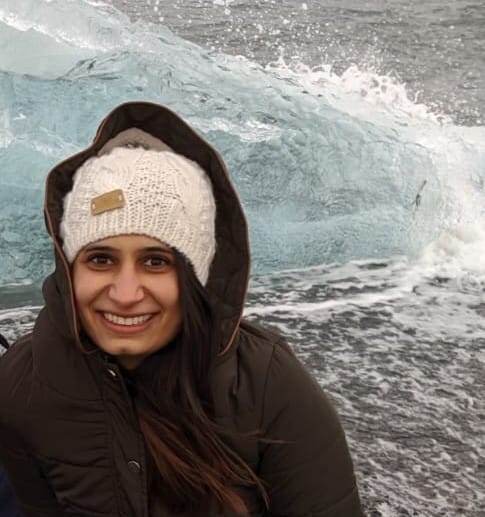 Always aim for more – that’s a piece of advice that Saiba has for women out there. Having grown up in a family whose members were trailblazers in their own fields, she was always encouraged to expand her horizons. She eventually got her Master’s degree in London, and she later joined the Bank’s International Graduate (IG) programme, where she got to work in places like India and Dubai. Today, Saiba is an Executive Director in the Aviation Finance business, based in Singapore.

Looking back, life did turn out to be different to what I imagined when I was a child. In school, I thought I would join the medical field like my parents, both very successful doctors. I did not think that I would eventually leave home to work across the world and furthermore in the field of finance.

During my Bachelor’s degree, I got the opportunity to attend summer school at the London School of Economics (LSE). It was such a challenging and thrilling environment - it was just the kind of setting I thrived in. I went on to do my Master’s degree at LSE, and joined the Bank as an International Graduate in 2011.

I was initially part of the Shipping Finance team in Singapore. When the opportunity to work with the Aviation Finance team came along in 2016, there was an initial sense of hesitation as I liked my job and my team – why would I want to leave?

But my colleagues in Shipping were so encouraging. They made me see that it was a great opportunity to continue to learn and grow. I was lucky to have such mentors and friends.

Intellectual stimulation and team culture are very important to me. The steep learning curve I experienced upon my move to Aviation Finance truly motivated me. Even after 6 years in the team, I still feel like I am learning something new every single day - I think I’ve only scratched the surface. I consider myself blessed to have such a supportive team.

Throughout my career, I have been fortunate to have leaders and colleagues who recognised my potential even when I was still unsure of my own. They have encouraged me to take on new challenges which in turn has given me the confidence that I can succeed at any task that I put my mind to.

However much we like to think that the world has evolved to become a more equal place, women still face biases every day.

As a woman, I sometimes feel that one has to try harder to make oneself heard.  In any professional interactions, be it internal or external, I make a conscious effort to ensure that everyone in the room feels like they have an equal voice, and that discrimination or gender biases will not be tolerated.

There are many strong women in my life that I’m inspired by. My mother is an accomplished doctor who brought cutting edge technologies in the field of dermatology into India. My mother-in-law is an entrepreneur who is extremely creative and talented. They chose to break away from traditional choices and expectations, following their passions to achieve success.  It got me thinking that as women, we need to stop letting other people define who we are.

We need to recognise and address the unconscious biases that exist with respect to a woman’s role in the society. Breaking the bias to me would mean a world where women no longer have to try harder or push harder than men to be respected.