For many parts of the world, solar energy has become one of the most cost-effective modes of power generation1. The photovoltaic (PV) solar market increased by 12 per cent in 2019, with the top five national solar markets – China, the United States, India, Japan and Vietnam – responsible for around 56 per cent of newly installed solar plants2. As the global economy reels from COVID-19, an underlying dialogue of rebuilding economies more sustainably is moving into the limelight3. Investment in sustainable energy should be high on this list; and given solar energy’s rising capacity (electricity generated globally from solar rose 22 per cent in 20194), many are hopeful that the current crisis could spur a renewed solar opportunity.

After COVID-19’s impact initially stalled certain energy projects at the beginning of 2020, momentum around solar projects seemed to revive by the middle of the year. At the end of May, the Malaysian government opened a new tender phase for a large-scale solar programme – expected to attract almost USD1 billion in investments5.

In Africa, solar energy could be an exception to any immediate slowdowns, driven by the past few years of rapid developments in the space6.

The above examples would suggest an unaltered demand for renewable energy investment. And as investment in solar rises, it will also become more affordable. This offers a ray of hope for the solar industry – and for livelihoods across developing markets.

State of the energy in developing markets

Developing countries are now considered to contribute to almost half of all global carbon emissions7. Without significant changes to the energy landscape, that proportion could rise to three-quarters by 2050, jeopardising efforts to limit climate change.

And with severe power shortages curbing growth and restricting livelihoods in many developing countries, more and more energy production is needed.

This represents an opportunity for renewable power which is gaining ground in developing markets.

As of 2019, the world’s largest solar plants were all located in developing countries: the Noor Abu Dhabi solar farm, the Noor Complex in Morocco, the Longyangxia Dam park in China, and the Kamuthi, Kurnool and Shakti Sthala facilities in India.

Such activities are contributing to a shift in direction for the energy sector. According to research by Bloomberg New Energy Finance, renewable energy will account for 77 per cent of the USD13.3 trillion invested in power-generating capacity between now and 2050.

The adoption of wind and solar power is not without challenges, however. The absence of stable policy frameworks (particularly in developing markets), challenges with integrating renewables into existing grids, overcoming the intermittent nature of solar and wind power sources, and risks associated with long-term power purchasing are all significant obstacles. 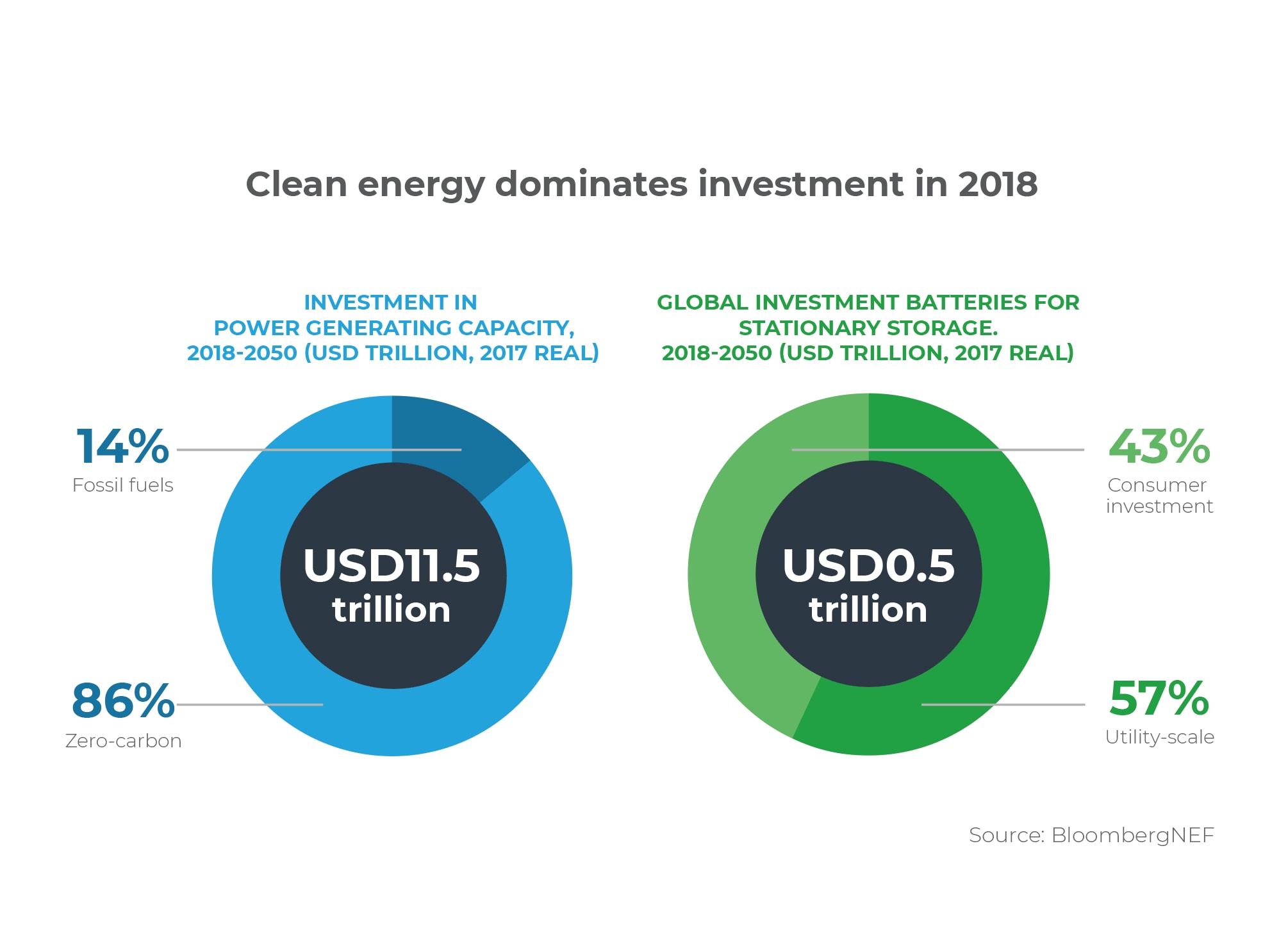 Yet these are steadily being surmounted.

One means of overcoming these is by constructing wind and solar facilities on a massive scale – of the kind already being seen in India and China. Elsewhere, Dubai is investing USD13.6 billion in an enormous solar park that will become the world’s largest, along with several international banks including Standard Chartered financing the investment. Already capable of producing 213 megawatts (MW), when complete by 2030 it will generate 5,000 MW, enough to power 1.3 million homes and cut carbon emissions by 6.5 million tonnes a year. 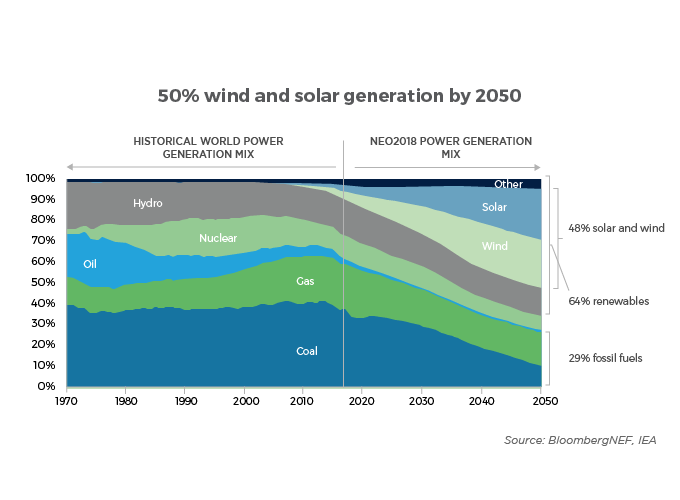 Yet it’s important to remember that Dubai is a wealthy emirate. For many developing nations, the cost of building plants on this scale is a major barrier to a clean-energy future. Countries will not shift to renewable power until it is cheaper to produce than fossil-fuel alternatives. This barrier is often described as the ‘tipping point’. 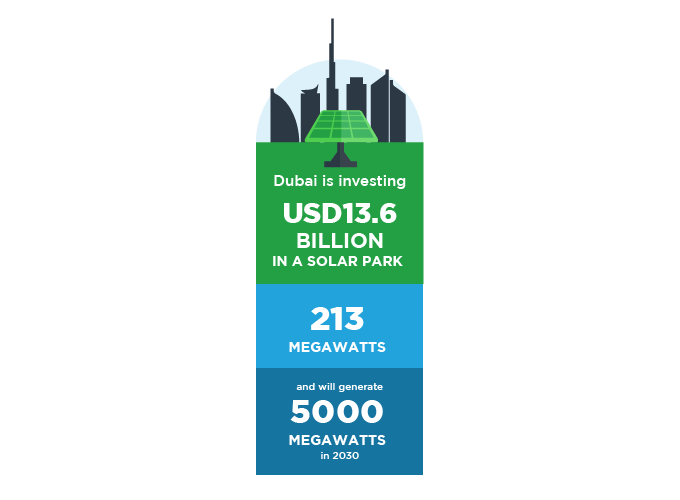 “The need for a transition to cleaner sources of energy is most urgent for developing nations,” said Sujay Shah, Global Head of CleanTech at Standard Chartered. “Large-scale investment in these markets will help lower the physical and financial barriers to accessing renewable energy – and this in turn will create lasting impact, by driving prices down towards grid parity for developing markets.”

Towards the tipping point

That tipping point is being brought closer, partly because of the plunging cost of renewables. The price of PV cells used to generate solar power plummeted by 82 per cent between 2010 and 2019. This has enabled many developing countries to accelerate the process of energy transition. Thailand achieved 50 per cent of its intended 2036 solar target of 6 GW in 2015. Vietnam has about 20 GW of solar investments in the pipeline, about half its existing capacity. China has already exceeded its 2020 solar targets by more than 50 per cent.

In one particular example, in December 2018, a 500 MW solar farm in China hit an important milestone when it began selling power at RMB 0.316 per kilowatt hour, cheaper than the price of coal-fired power for the first time. Elsewhere, the fourth phase of Dubai’s massive Mohammed bin Rashid Al Maktoum Solar Park is promising to deliver the world’s cheapest prices for Concentrated Solar (7.3 US cents per kilowatt-hour) and PV (2.4 US cents) power. That compares with hydrocarbon costs of between 5 and 17 US cents.

Lessons from these initiatives – and specifically the technologies that support them – if applied across developing countries could have profound implications for transforming the world’s energy future.

A place in the sun

While these large-scale projects have been a driving force in the recent evolution of solar power, they are not the only solution towards a solar future. 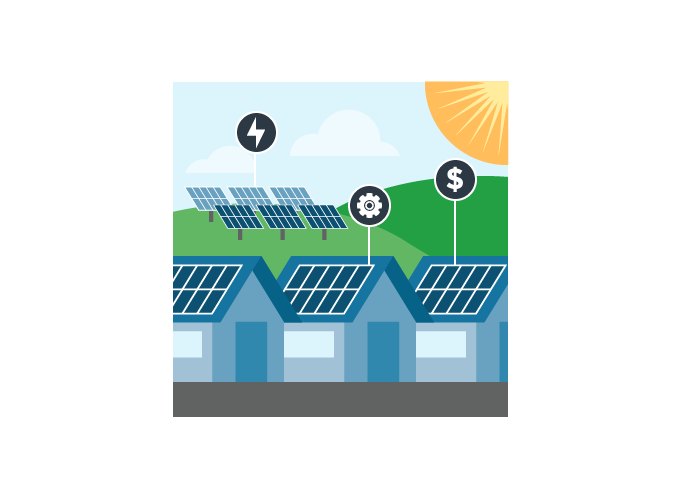 China is one country that has done this at scale. Its National Energy Agency launched an initiative in 2016 giving financial incentives and technical assistance to approximately two million poor households in 16 of the country’s provinces for the installation of rooftop solar panels. Not only do the homes get cheap electricity, they can also earn money selling power back to the grid, helping to manage problems related to solar intermittency. Likewise, property owners in Vietnam can lease their space to developers through an increasingly popular Roof Leasing Model. In turn, the developers install and maintain solar panels, selling electricity back to the building owner and the local power authority.

“What we’ve seen so far has just scratched the surface,” added Shah. “There are exciting opportunities ahead for a more renewably-sourced energy market – particularly in solar. This creates opportunities for more jobs, and ultimately improved lives across developing markets.”

In the past, economic recovery efforts have often been associated with higher emission growth than before the crisis. Moving forward if governments and businesses commit to acting in the interests of both humanity and the economy, development projects across Asia, Africa and the Middle East can also look forward to tapping into more sources of clean energy.

1 World Economic Forum, 28 April 2020: The climate and COVID-19: a convergence of crises https://www.weforum.org/agenda/2020/04/coronavirus-and-the-climate-a-convergence-of-crises/