It’s a brainstorm meeting at work and colleagues are taking turns to contribute ideas. “Why don’t we reconfigure numbers and see if there are things we can…”, says a woman, before being interrupted. “No, it wouldn’t make sense to do this, the numbers aren’t variable,” replies her male colleague.

This is an all-too-familiar scenario that women may experience at work: research shows that women tend to get interrupted more than men. Worse, they pitch an idea and get cut off, only for a man to repeat the idea and receive the credit for it. 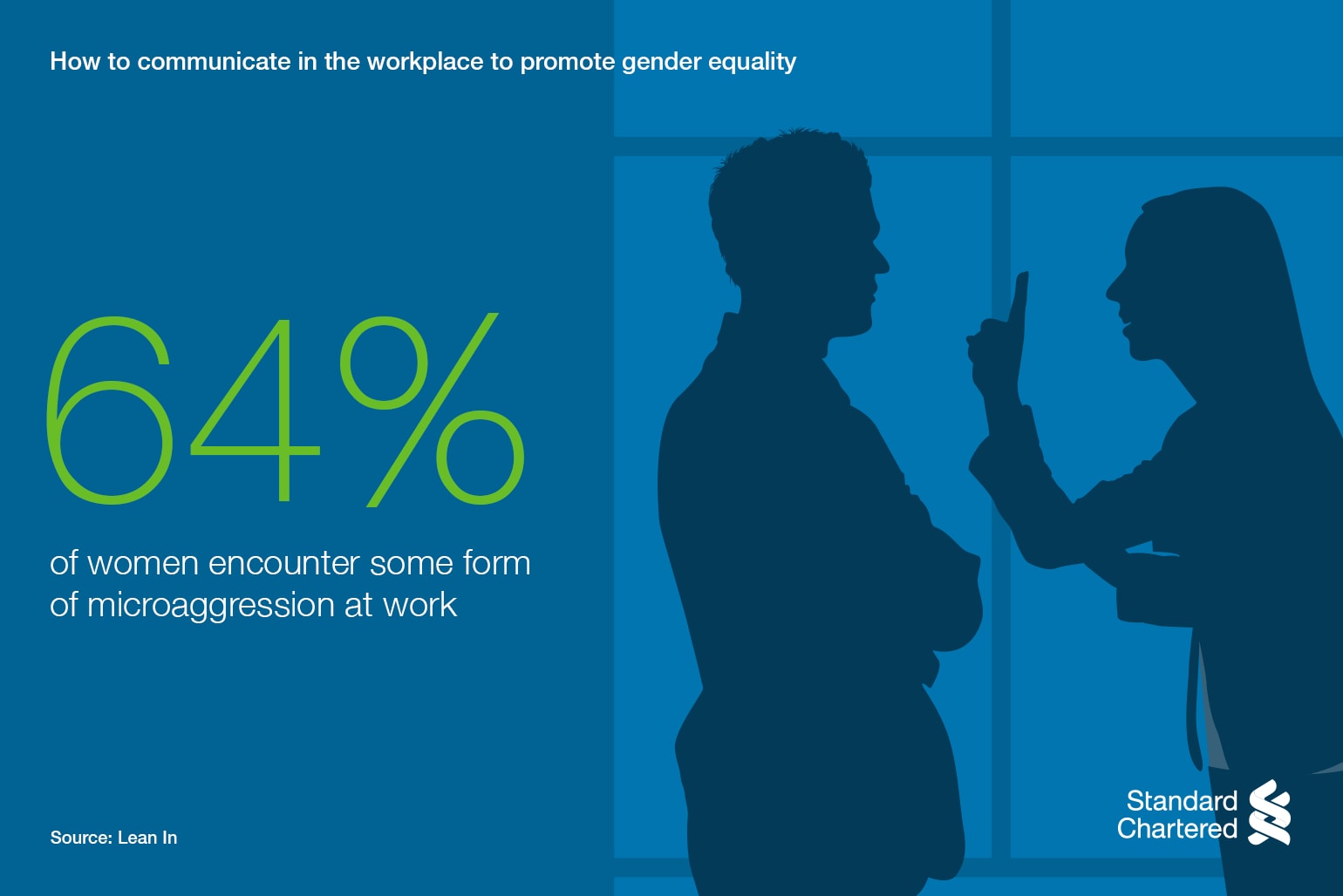 Being interrupted is a form of microaggression women at work face, which renowned psychologist and author Dr Derald Wing Sue defines as “brief, everyday exchanges that send denigrating messages to certain individuals because of their group membership”. A study revealed that 64 per cent of women encounter such behaviour at work.

These exchanges can be psychologically damaging — and add up over time. They can contribute to a hostile work environment that negatively impacts productivity and increase likelihood of turnover.

Unfortunately, even people with good intentions may unknowingly perpetrate discriminating behaviour. Here, we uncover key types of microaggressions women may face at work and ways to promote more gender-equal communication.

What women face at work

Aside from being interrupted, women also tend to get judged by their gender and appearance, rather than their credentials at work.

Textio CEO Kieran Snyder recounted the time when she started at Microsoft and decided to attend a maths lecture that the company offered. She arrived early to find two men already in the room. Upon seeing Snyder, one remarked that the design talk was across the hall. The irony? Snyder had majored in mathematics as an undergraduate.

Similarly, before you give a female colleague a compliment about her appearance, consider your words carefully. Overemphasising a women’s appearance sexually objectifies her. This undermines her capabilities and reinforces the sexist belief that women need to appear attractive in order to be recognised.

Racially charged comments are also another form of discriminative communication. Asking a colleague of an ethnic minority if they are the new diversity hire, where they are actually from or commenting that their name is difficult to pronounce are examples of speech that carry racist undertones that should be avoided.

Putting gender equality back into the conversation

Awareness is the crucial first step to stamp out damaging behaviour and promote gender-equal workplace communication.

If you feel that you are on the receiving end of microaggression, calling out the act may be the most productive course of action. However, it is vital to do so with tact and offer to have an honest discussion about what happened.

When you see a female colleague being interrupted, Facebook COO Sheryl Sandberg’s advice is to vocally give credit for her idea, saying something like “that’s a great idea. You know, Liz, that was your idea. Tell us about it.”

It’s important to pay attention to how your colleagues react when you speak and be wary of your choice of words. When in doubt, default to the golden rule: treat others the way you would like to be treated. 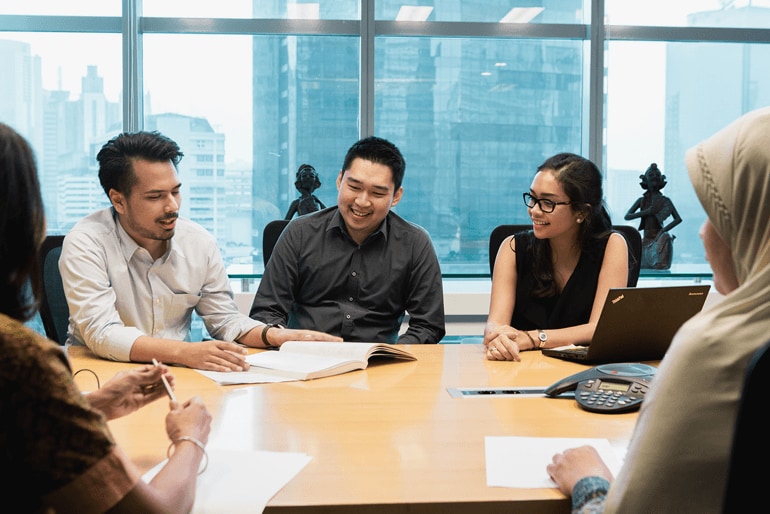 An inclusive and supportive environment for all

At Standard Chartered, we are committed to empowering women at the workplace, including ensuring that our work environment is one that is inclusive and supportive.

When we signed the United Nations Women Empowerment Principles in April last year, we pledged to treat all women and men fairly at work, and respect and support human rights and nondiscrimination.

Our dedicated employee resource groups — Gender, Disability and LGBT+ & Allies, Nationality & Ethnicity and Generations — help to do just that, by ensuring everyone feels they have a voice that will be heard.