Infrastructure investment in ASEAN from 2016 through 2030 is estimated to be about US$2.8 trillion, according to the Asian Development Bank (ADB).

The infrastructure gap – the difference in required infrastructure spending and actual investment spending – arises due to rapid urbanisation and population growth. Increasing population mobility and communication needs, as well as geographical and environmental factors around trade and sustainability, are also significantly driving demand for infrastructure.

Hence, Standard Chartered in an upcoming report, titled ASEAN – a region facing disruption; positioning mid-corporates for growth in Southeast Asia (“the Standard Chartered report”) notes that there is a rapid proliferation of infrastructure projects to narrow ASEAN’s gaping infrastructure deficit. For example, Indonesian President Joko Widodo’s government plans to spend US$327 billion on a pipeline of 265 projects, and Philippine President Rodrigo Duterte has earmarked US$180 billion for railways, roads and airports.

The emergence of cross-border initiatives like China’s ambitious Belt and Road Initiative (BRI) is also expected to be a catalyst to help Southeast Asian countries fulfil their infrastructure gaps.

However, countries in ASEAN do not have sufficient public sector capital to finance all the required projects, going by the Standard Chartered report. In fact, they are currently only able to cover about 50 per cent of the total investment, said the report.

Standard Chartered’s executives and the bank’s clients gathered recently for a roundtable discussion on how ASEAN can narrow its infrastructure gap.

Standard Chartered believes each country needs to set a vision of what its infrastructure needs are in the long term, and break it down into near-term plans. That way, countries can identify the right financing approach for each project accordingly.

Jiten Arora, Global Head of Commercial Banking, and Surya Bagchi, Global Head of Project and Export Finance, at Standard Chartered share more in the first of this two-part series.  The second part of this series will include insights from the bank’s clients.

Are governments focusing on the right projects? What factors influence project selection?

Surya: Generally, socio-economic considerations drive the selection of projects. In most countries, the criteria for project selection are realistic and transparent.

Governments have begun focusing on the right projects but the supporting regulatory, contractual and risk allocation frameworks are still developing in several countries. Take for example, the public-private partnership frameworks for the transportation sectors.

ASEAN countries could easily adopt best practices from each other, but this is rarely witnessed, notwithstanding the significant work being done in this area by ADB and the World Bank.

Governments have begun looking to private sector capital for funding, but some face difficulty finding takers. What is holding the private sector back from financing infrastructure projects?

Surya: Private investors are increasingly open to long-term infrastructure investments. However, ineffective project structuring continues to keep private money at bay. There are also gaps in information flows and coordination between the private and public sectors, which inadvertently crowd out private investors.

What can the public sector do to encourage private financing and partnerships?

These lenders are able to spot on-the-ground opportunities, and they possess local knowledge and project finance know-how to progress infrastructure financing proposals in partnership with development organisations. They can structure, underwrite, and syndicate significant sources of private funds.

Jiten: I agree, infrastructure development can only succeed with a coordinated approach which calls for close collaborations between governments, multilateral development agencies, institutional investors and commercial banks. In fact, commercial banks are the fabric that binds all these parties together by ensuring that projects are structured appropriately and efficiently from day one.

Getting banks involved early is important. Banks can add value by looking at the viability of each project and advise how to make it feasible by considering numerous aspects including partnerships, financing and risk management.

How has Standard Chartered mobilised capital from private-sector investors for infrastructure projects? Especially for megaprojects, like BRI, which need extensive cross-border collaboration and partnerships.

Jiten: We are the only international bank present in all 10 ASEAN markets. In the case of BRI, about 70 per cent of our global footprint overlaps with the BRI countries. Our international network and local market expertise allow us to effectively connect our clients seeking partnerships with local governments, and even multinational companies.

For BRI, we have been heavily involved in structuring financing and providing services for the major projects. Last year, we were involved in close to 100 BRI projects. Among them, 38 deals (nearly 40 per cent) were related to projects in the ASEAN and South Asia region. For BRI projects, we provide clients with access to the renminbi market and other global currencies, and offer guidance on ways to leverage liquidity.

What would be a model public-private partnership in the BRI?

Surya: My favourite BRI project currently happens to be not in ASEAN but the Middle East. It’s a very large solar project, 950 megawatts, coming up in Dubai. It uses a mix of solar power technologies, including storage solutions, to generate solar power even at night, in a cost-effective manner.

In terms of project financing, it is a mix of international, local and Chinese funding. That works very well because you have banks who are present in the Middle East structuring the transaction, and the transaction is structured in a way that the project is optimised and local realities are taken into account.

Ultimately, the project contributed to the UAE meeting its sustainable development goals and contributing to the Paris Accord. It is good for society and economic development, while serving as an international partnership that benefits everybody involved.

What trends do you see for infrastructure financing?

Jiten: What is interesting as we go through the next phase of growth in ASEAN is how you raise capital and funding for these projects. Typically, it has been bank debt, but we have migrated a bit to export credit agencies (ECAs) and insurers. You will also know that there is a good amount of private equity money in the market, and private equity investors are looking for the right yield for the right kind of assets. I think that is going to be a big opportunity.

Particularly for BRI, there is a myth that the initiative is all about Chinese corporates going into markets. However, BRI is a great opportunity for local corporates in ASEAN to collaborate with some of their larger partners who have the necessary funding. Through partnerships, the local corporates will be able to gain access to new markets and new technology.

That trend will be a win for governments too. So, that is one opportunity that as a bank and with our deep links in China and ASEAN, we are keen to facilitate more of, and be the conduit for corporates and governments alike. 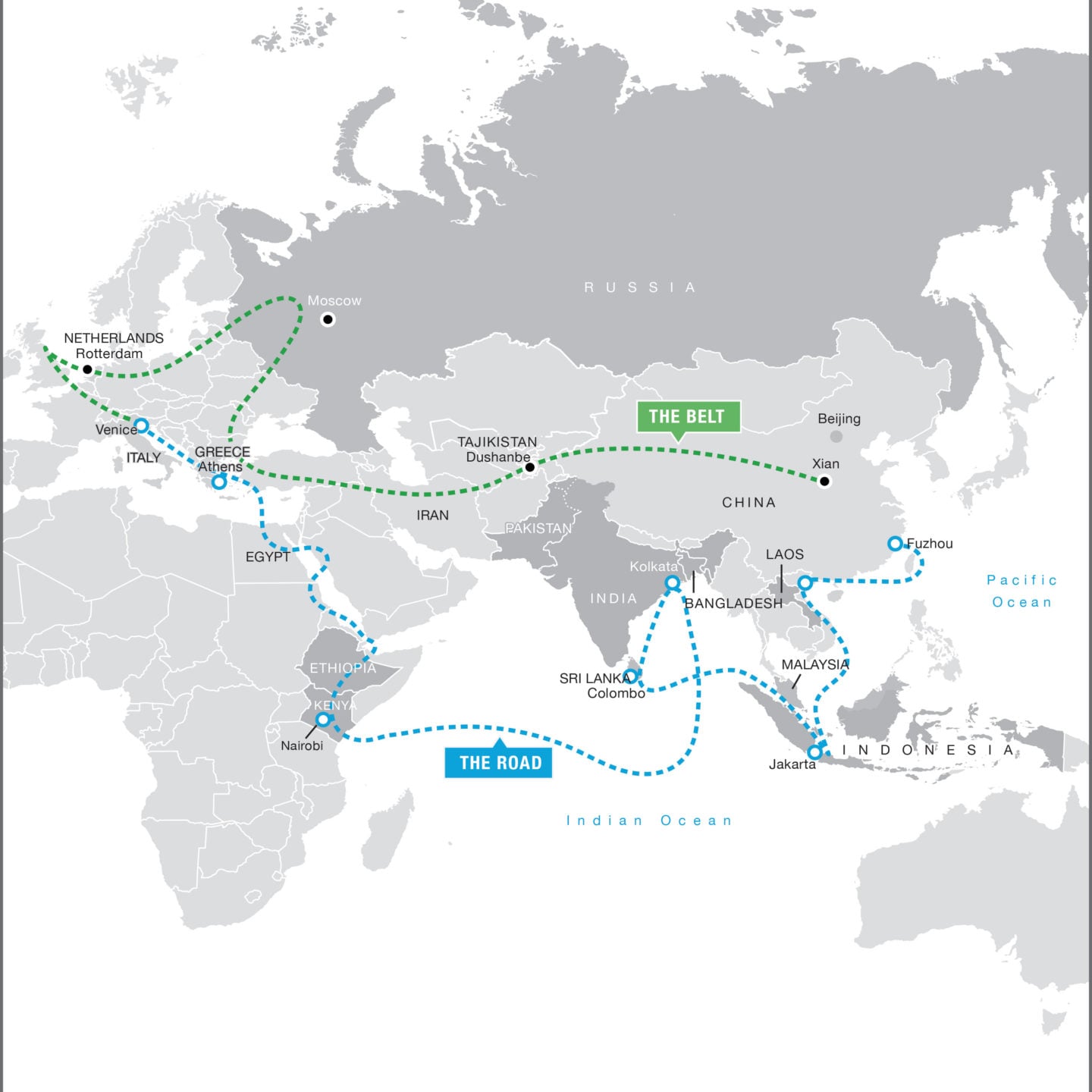 Why China’s BRI matters to ASEAN

China’s Belt and Road Initiative (BRI) is an ambitious undertaking that seeks to revive trade along two ancient land and sea routes, benefitting over 60 countries in the process.

In 2015, Chinese President Xi Jinping said he hopes annual trade with those countries would outstrip US$2.5 trillion in a decade. On the investment front, Chinese funds flowing into BRI countries are also expected to hit US$300 billion by 2030, more than twice the level as of 2017.

ASEAN stands to be a key beneficiary with a number of major projects planned in the region. Chief among them, a high-speed railway that is set to run through Laos, Thailand, Malaysia and Singapore, connecting China to Southeast Asia. Countries like Laos and the Philippines could also gain significantly from Chinese funding and technical expertise for the construction of rail links.

With the opportunities in mind, Standard Chartered offers companies the presence and experience it has built across the region for over 150 years. The bank is present in 45 Belt and Road markets and has deep insights into how this infrastructure and trade initiative can foster investment and growth in ASEAN.

Leveraging its deep market knowledge, as well as industry and product expertise, Standard Chartered works with investors, corporations, and governments globally, advising and connecting them to the right local and international partners. 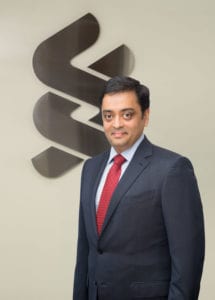