Global trade has been expanding more slowly since the 2008 global financial crisis, and US-China trade tensions have created fresh uncertainties. However, those who fear that disputes between the world’s two biggest exporters will sound the death knell for trade, are missing the bigger picture. Trade is a key driver of economic growth, so we must get it right.

The risk of disruption in global trade is real – and would be very damaging for the world economy. But if we look at what is going on away from the US-China axis, there is good news.

A new study by Standard Chartered, Trade20, shows that a wide range of economies in Asia-Pacific, Africa and the Middle East have significantly improved their potential for trade growth by opening up their markets, diversifying their exports, improving their economic dynamism, and strengthening their physical and digital infrastructure.

Buoyed by regional trade deals and liberalising policies, several members of the Association of Southeast Asian Nations — Vietnam, Indonesia and Thailand — have been making particularly strong progress in opening for trade, as has India. With supply chains via China under threat, international companies are already diversifying into these economies, making them more interesting as investment opportunities, export markets and supply chain partners.

This file opens in a new windowDownload the full report 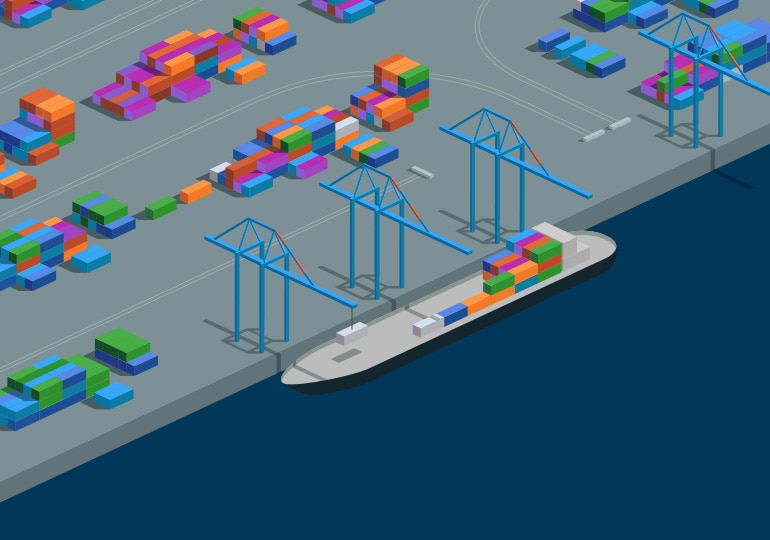 Of course, larger economies have the greatest trade potential in absolute terms, but smaller countries may rival them in terms of speed of progress and potential for trade growth relative to their size. Côte d’Ivoire, Kenya and Oman are on an upward trajectory, progressing at pace from a relatively low starting point. Smaller countries such as these could also benefit as multinationals diversify their supply chains.

Even if the US and China do manage to agree on a new trade deal – which would bring huge benefits – the push for diversified supply chains will continue. Having tasted uncertainty, many companies will want to protect themselves against future interruptions to trade or new tariffs by producing or sourcing the same product in more than one country.

While this may be disruptive initially, and be less efficient, it will make global trade more resilient in the long term. Further trade growth is likely, no matter what happens to the US and China. Most countries recognise that trade is a critical lever to accelerate economic development, increase competition and improve productivity. Patterns of trade will continue to become more complex and diversified, as new markets move into prominence – particularly India and the ASEAN economies.

Another positive sign for global trade is that a wide range of new free-trade agreements are being signed or are under negotiation. The EU is negotiating numerous trade deals and has recently reached agreements with Japan, Vietnam and the South American trade bloc Mercosur. There are also several regional pacts in Asia and Africa. A post-Brexit Britain will also be looking to negotiate new trade deals and will want to do them quickly.

The real question we should be asking now is: how do we ensure free trade is recognised as a true force for good?

Trade agreements boost exports and gross domestic product over time, studies have shown. Larger-scale regional trade deals increase competitive pressures in the participating countries, which drives local businesses to become more efficient and productive. It also offers the chance for countries to specialise in the most productive industries.

The real question we should be asking now is: how do we ensure free trade is recognised as a true force for good? We must never forget that voter unease about globalisation led to rising protectionism and much of the hostility to trade in the first place. The 2008 crisis highlighted the unequal distribution of the benefits from globalisation. The resulting economic downturn hit vulnerable populations hard, causing them to question the merits of immigration, free trade and investment.

Undoubtedly, free trade has tremendous power to drive prosperity across the globe. But rising populism and current trade disputes remind us that we must work harder to ensure the benefits are felt as widely as possible within countries. Political leaders have a responsibility to implement inclusive social and economic policies, and private companies must act responsibly and invest in the communities they serve.

If no US-China trade agreement can be reached, this will be very unfortunate and disruptive to the global economy, but the trend toward increasing world trade is far from over. It remains our best hope for growth.

This article originally appeared in the Financial Times on 22 October 2019.